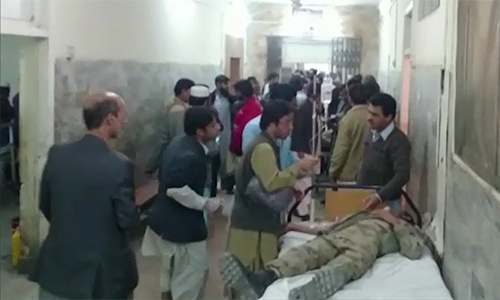 QUETTA (92 News) – Nine people, including three security officials, were killed in a blast near District Courts on Saturday.

Gunshots were also heard after the blast.

Four people were also injured and shifted to hospital. The security forces encircled the area after the blast.

Meanwhile, Prime Minister Nawaz Sharif has condemned the blast. He also directed the authorities to provide the best possible treatment to the injured.

On the other hand, a policeman was killed while three others injured by the firing of unknown people at Satellite Town.