Security on high alert as Nawaz returns today, to be arrested at airport 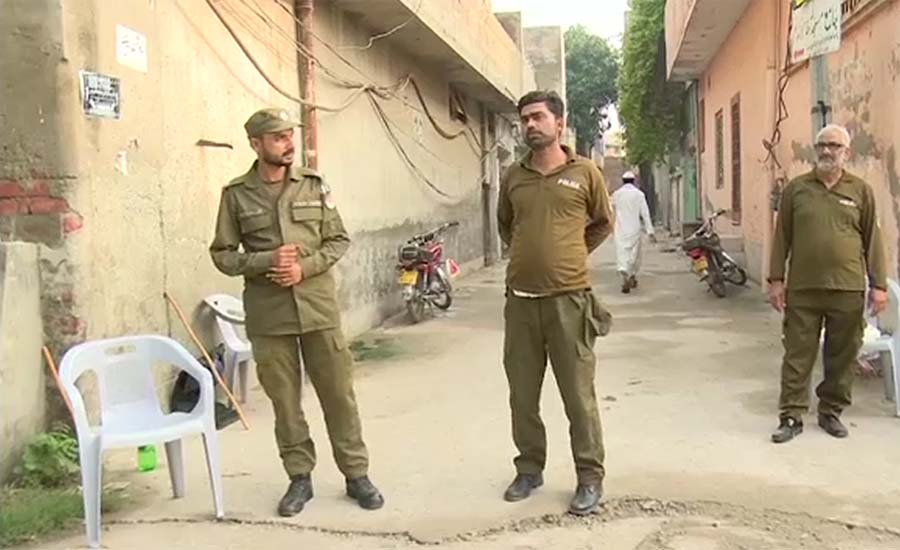 Security on high alert as Nawaz returns today, to be arrested at airport

ISLAMABAD (92 News) – Security has also been beefed up at Allama Iqbal international Airport Lahore and New Islamabad International Airport ahead of former prime minister Nawaz Sharif's arrival. As per details garnered, the security red alert has been issued and police officers deployed across Lahore on Friday to ‘maintain law and order’ as Nawaz Sharif arrive. Airports Security Force (ASF) and law enforcing agencies reviewed the security arrangements. Special contingents of commandos and police officials have been deployed at the airport. The security of Multan Airport is has been also alert after the Karachi airport. However, the security has been beefed up in Lahore ahead of their return to Pakistan. Nawaz Sharif and Maryam Nawaz are expected to land in Lahore around 6.15pm and will be arrested at the airport itself because of which entry and exit points of the city will be sealed. The local government, to prepare for their arrival, brought in containers to place at various places in Lahore to bar Pakistan Muslim League-N (PML-N) supporters from welcoming the former prime minister and his daughter Maryam Nawaz. As many as two teams of the NAB in Lahore and other two teams were deployed Islamabad airport. 100 Elite Commandos will be deputed at the Allama Iqbal International Airport. The arrangements for the shifting of the convicts to Adiala jail in Rawalpindi through helicopter have been completed. National Accountability Board team will also keep more options of jails they can be relocated to if there is a security concern in Adiala Jail. Meanwhile, Nawaz and Maryam were not allowed to meet with any family member at Lahore airport. The PML-N leaders and family members will be allowed to meet with them in Adiala jail. On the other hand, It is reported that PML-N leaders Ayaz Sadiq, Saad Rafique and Pervez Malik may be detain or house arrest as per need. More than hundred local leaders and workers of Pakistan Muslim League-Nawaz (PML-N) have been detained in a "midnight operation" ahead of party supremo Nawaz Sharif and his daughter Maryam Nawaz's return to the country on Friday.