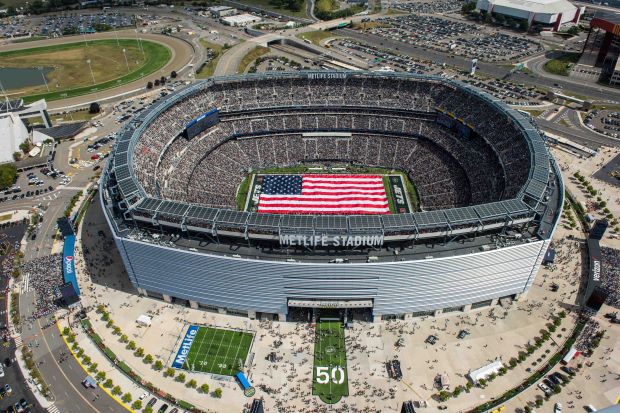 MOSCOW  (Reuters) - It was quickly dubbed the “NAFTA World Cup” on social media, but football fans and observers could not help seeing that the United States, Mexico and Canada will jointly host the 2026 World Cup through the lens of border walls, tariffs and Trump. “So, basically NAFTA is hosting the 2026 World Cup. That’s awkward #Trump #Trudeau #Mexico #BadHombres #BorderWall,” posted Twitter user @JackSegantini. “Will the fans need to jump over or take that secret tunnel under wall between USA and Mexico in world cup 2026?” a posting by @footballmood asked rhetorically. Others saw the event as an opportunity to heal North America’s frayed relations since US President Donald Trump came to office 18 months ago promising to build a wall on the southern border with Mexico to stem illegal immigration and to tear up the North American Free Trade Agreement, known as NAFTA. Arturo Sarukhan, a diplomat who first proposed the idea of a joint Mexico-United States bid in 2010 when he was Mexico’s ambassador in Washington, said he believed at the time it would show how Mexico’s relationship with the United States “had changed and matured ... But then Trump happened.” The countries’ sharing of the tournament in 2026 could be a chance “to salve the wounds in the public narrative that Trump has generated, particularly against Mexico,” he said. Yet some people had difficulty just imagining the continent - or the world - eight years from now. “It’s good news, but there’s still a long time to go and lots can happen in those years,” said Juana Estrada, 38, a receptionist waiting for the bus on her way to work in Mexico City. “Currently, I’m more worried about helping my kids and about the crime and violence that we suffer every day.” Even if Trump were to be elected for a second four-year term in 2020, he would no longer be in office in 2026. The pugnacious Trump has assailed world leaders and just last weekend insulted Canadian Prime Minister Justin Trudeau after a trade dispute at the G7 summit of industrialized nations - a meeting of allies. The Congress of football’s world governing body FIFA voted 134 to 65 for the “United Bid” over Morocco. The leaders of Mexico and Canada gleefully cheered the outcome, emphasizing unity with the United States. “Congratulations - a great deal of hard work!” Trump said on Twitter. US football commentator Alexi Lalas, who played for his country in 1994 when the United States previously hosted the World Cup, thanked the US president in a Twitter post from Russia, where the 2018 World Cup kicks off on Thursday. “Thank you @realDonaldTrump for your support of soccer and the @united2026 joint World Cup bid. It’s a great day for the game and for all three countries,” Lalas said.