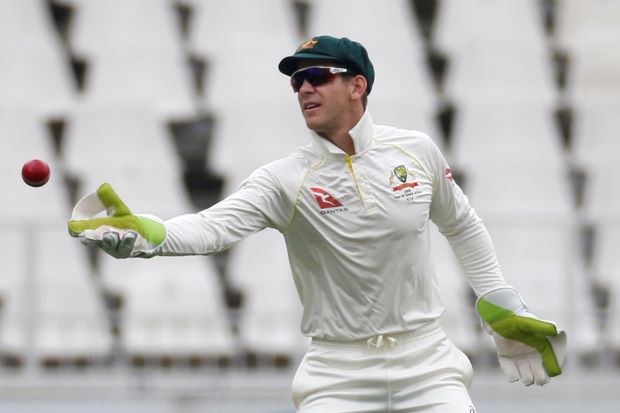 SYDNEY (Reuters) - Australia’s three-day demolition of Sri Lanka and the promising performances of some of their less experienced players has helped the side build depth ahead of the Ashes series later this year, captain Tim Paine has said. Australia, who beat Sri Lanka by an innings and 40 runs in Brisbane in the opener of a two-match series, have struggled over the last nine months following the suspensions of Steve Smith and David Warner for their role in a ball-tampering scandal. Since the year-long bans were imposed last March, selectors have handed Test debuts to seven players, including five batsmen, and recalled others like openers Joe Burns and Matt Renshaw, giving them the chance to press their claims for the Ashes series that starts on Aug. 1. Fast bowler Jhye Richardson also made his debut in Brisbane and impressed with his pace, while uncapped all-rounder Marcus Stoinis has been called into the squad for the second Test in Canberra starting on Feb. 1. “There’s no doubt you have to have options to adapt to different conditions but what we are seeing over the last 12 months is that we have developed depth in all our areas before we go to England,” Paine told reporters after the Brisbane Test. “When Smith and Warner are back on the scene and a Cameron Bancroft, all of a sudden you’ve got a number of batters. “We are building a real depth of talent in all of our areas. “I think we are building quite nicely to having an all-rounded squad of 15 or 16 players in the next 12 months which is a great place to be.” While Pat Cummins delivered an impressive match haul of 10-62 in Brisbane, the absence of Josh Hazlewood from the series due to back issues and the wayward bowling of Mitchell Starc will give Paine pause for thought. Starc has come in for some criticism over his form and he was spraying deliveries all over the pitch in Brisbane, failing to take a wicket in the second innings. Since Australia regained the Ashes on home soil early last year, he has taken just 31 wickets in 19 innings at an average of 36.67, well above his lifetime average of 29.11. However, Paine said Starc was just one spell away from recapturing his best. “Sometimes he can be a bit erratic, but when he’s on he is literally the best in the world,” Paine added. “Starcy has been really good for a long period of time, but anyone at any level of cricket goes through times when it does not go your way ... he is one wicket and one spell away from being devastating.”