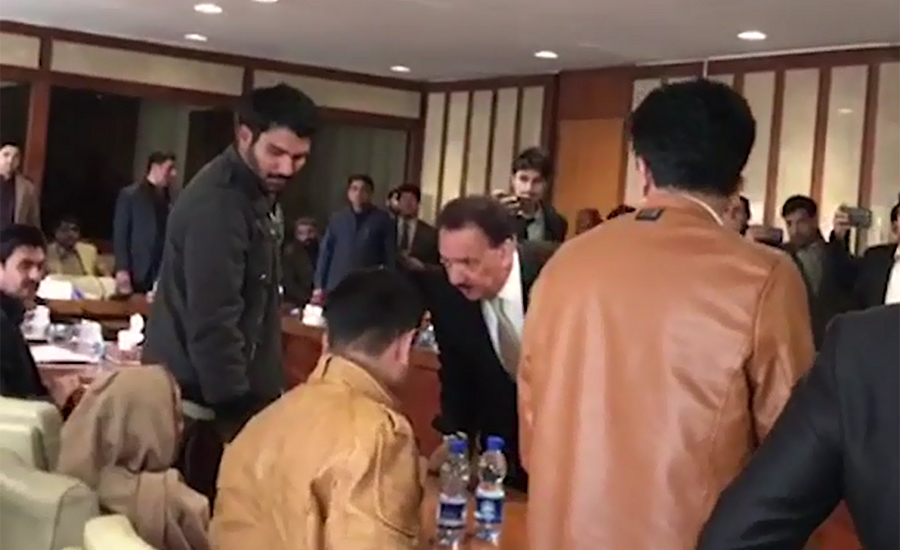 ISLAMABAD (92 News) – The Senate Standing Committee on Interior has sent a letter to Prime Minister Imran Khan for a judicial commission on the Sahiwal incident. Standing Committee on Interior Chairman Rehman Malik said that the prime minister should announce a judicial commission for investigations into the matter. Zeeshan’s mother demanded that the stigma of being terrorists should be removed and how they would live with this defamation. “People say I am the mother of a terrorist. Please remove the stigma and we do not want anything,” she appealed to the body. She said that the ministers daily term Zeeshan a terrorist and they should be shameful of their act. “If my son was a terrorist, why the police did not arrest him? We have been living in this house for last 35 years,” she queried. Zeeshan’s brother said questioned which type of terrorist he was that evidence is being searched after killing him. Rehman Malik said that Zeeshan is innocent unless proofs are not found against him. “Why does the PM not forming a judicial commission when victims’ relatives have no trust in the JIT? We will provide the bereaved families justice,” he maintained. Senator Javed Abbasi said that the victims did not die in a brawl, but they were killed by the police. “We do not accept any inquiry conducted by the police. How it is possible those killing the victims will provide justice to the bereaved families. The police changed their stance six times,” he said. Senator Azam Swati said that they would take the matter to the logical end and the government is standing with the relatives of the victims.