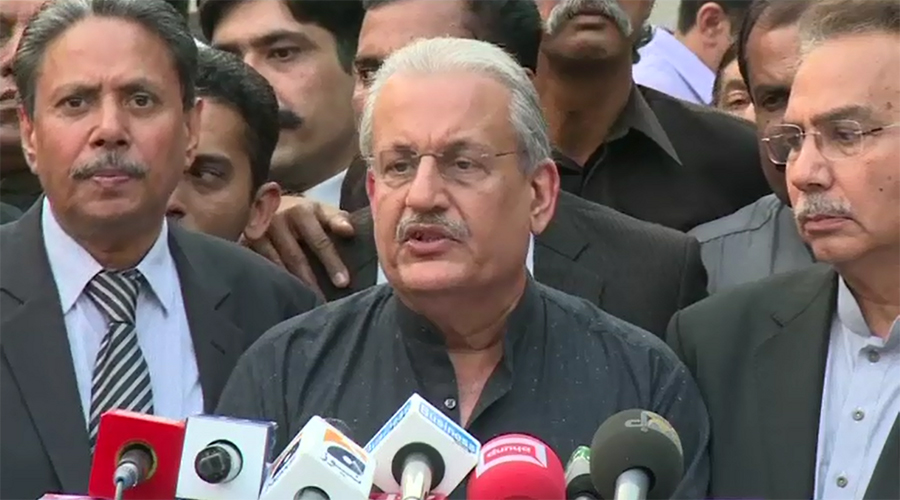 LAHORE (92 News) – Senate Chairman Raza Rabbani has opposed the Pervez Musharraf’s role in politics after returning to country. Talking to the media after offering his condolence over the death PPP leader Jahangir Badr on Tuesday, he said that Muhsrraf faces a case under Article 6. “Musharraf destroyed the country. It is a matter of grief that he would return to country and participate in politics,” he said.