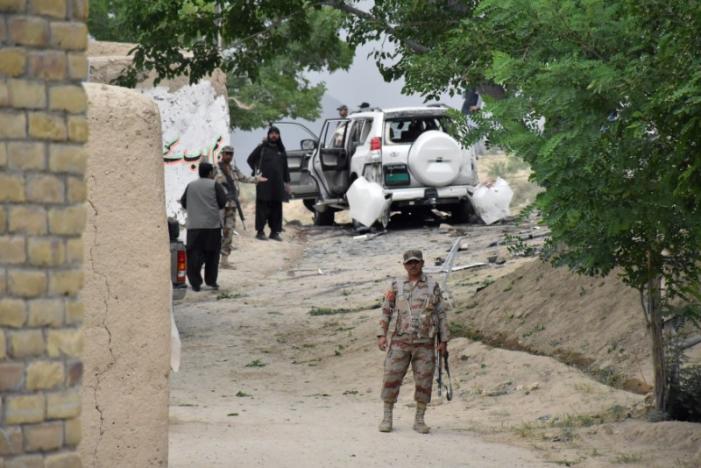 MASTUNG (92 News) – Twenty-five people were killed while over 20 others injured in a suicide attack on the convoy of Senate Deputy Chairman Maulana Abdul Ghafoor Haideri on Friday.

However, Maulana Abdul Ghafoor Haideri survived the attack. He sustained minor injuries to his belly and legs.

The convoy was heading to a ceremony when the blast occurred.

Emergency has been declared in the hospitals of Mastung and Quetta.

Senator Abdul Ghafoor Haideri said that he believed he was the target and he had sustained minor injuries.

"My convoy was going to Mastung and there was an explosion. There are many casualties as there were many people in the convoy," he said by telephone.

Following the blast, police and rescue teams reached the spot and shifted the injured people to hospital for medical assistance.

Security forces have cordoned off the area and launched investigation.

No one claimed responsibility for the attack. An investigation is underway.