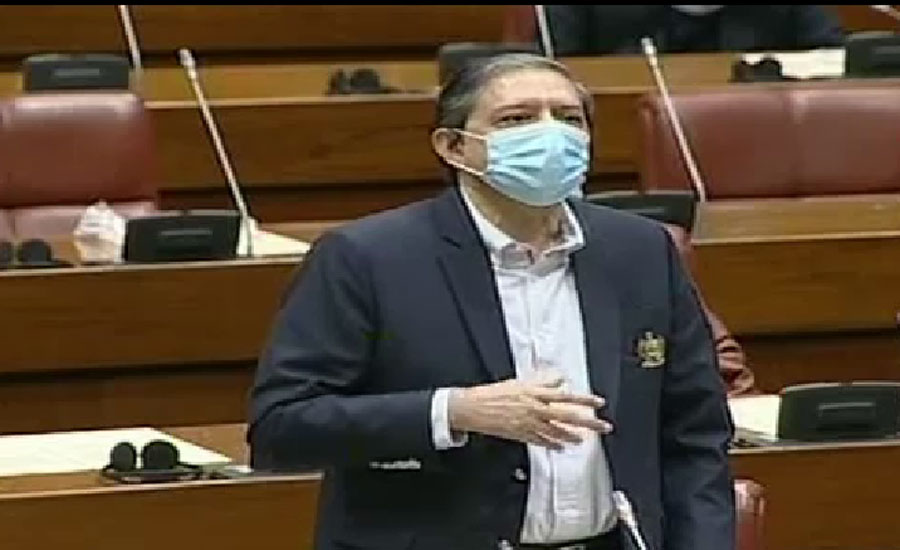 ISLAMABAD (92 News) – Reacting to NAB Chairman Javed Iqbal's statement that he was being blackmailed, Senate Deputy Chairman Saleem Mandviwalla urged him to come before the parliamentary panel and appraise them of the who was behind the blackmail.

NAB took centre stage in the debate during today's Senate session as Saleem Mandviwalla sought accountability of the anti graft watchdog. "Notices are being sent to humiliate people and the NAB should be stopped from the mistakes that it is making.

Saleem Mandviwalla said what will happen to a common man if even the Parliament is scared. He vowed to continue his struggle and said PTI Dr Babar Awan also supported his stance.

The deputy chairman emphasised that NAB was making doing business in the country difficult by going after everyone's accounts.  "We stopped the Federal Board of Revenue from going into people's accounts, but now NAB is doing the same thing. The State Bank of Pakistan is a hostage to NAB's antics. This is a dangerous precedent."

Saleem Manviwalla claimed that he had been receiving messages threatening more inquiries if he did not stop speaking out. "You can initiate as many inquiries, I will speak out even more. I will hold a press conference every week with other NAB affectees," he said, urging the Parliament to meet people who have been 'targeted' by the anti-graft watchdog.