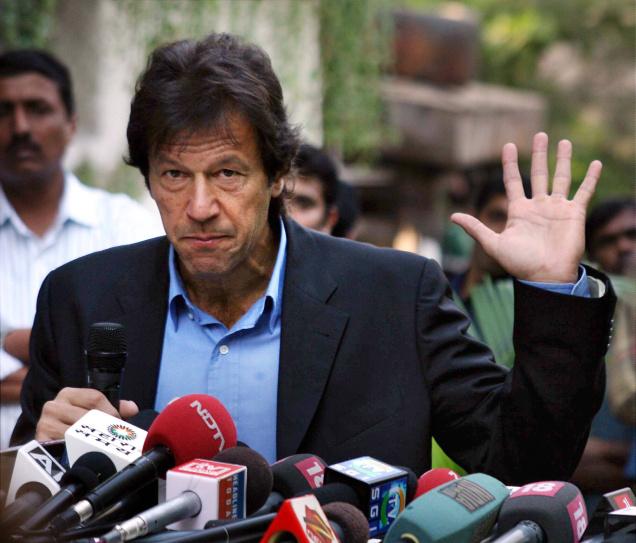 ISLAMABAD (92 News) – Pakistan Tehrik-e-Insaf chief Imran Khan has lauded the show of hands decision of the government in the Senate election. Talking to the media on Tuesday, he said that the person coming to the Senate after spending money will definitely commit corruption. “Prices were fixed for the Senate elections. We will besiege the houses of the people who sold out their votes,” he said. The PTI chief disclosed that a person had offered Rs 150 million to become a senator. He said that they will not return to the parliament until the judicial commission is formed. Imran Khan said that people will again see him and the Azadi Bus on roads. “The PML-N cast at least seven million bogus votes. We will prove the rigging at all cost.” He said that 2015 is the year of elections. The PTI chief said that he is going to Dubai to attract investors. “Investors are reluctant to visit Pakistan. The security issue is also at the top.” He said that innocent internally displaced persons (IDPs) are in a poor condition.