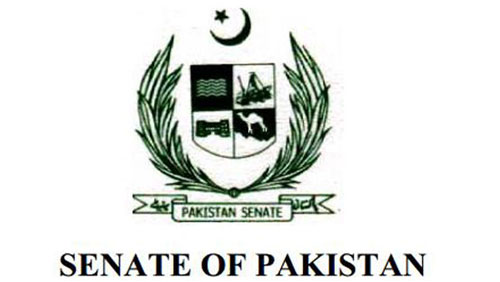 ISLAMABAD (Web Desk) – Today is the last date for filing of nomination papers for the Senate elections, 92 News reported on Friday. According to ECP's new notification, the polling for 52 seats of the Upper House will be held on 5th of March instead of 3rd March. Candidates for Senate seats include Pakistan Muslims League Nawaz’s (PMLN) Raja Zafarul Haq, Mushahidullah, Chaudhry Tanvir, Abdul Qayyum Khan, Senator Waqar Ahmed, Najma Hameed and Ayesha Farooqi. Muttahida Qaumi Movement’s (MQM) Dawood, Waseem Akhtar, Aminul Haq, Mian Attiq, Khushbakht Shujaat, Seema Zarin, Raza Zaidi, Nighat Inam Mirza and Waqar Khanzada. Pakistan Tehreek-e-Insaf’s (PTI) Mohsin Aziz, Nauman Wazir, Shibli Faraz and Brigadier (r) JK William are also competing in the polls. Two independent candidates Mirza Tahir Baig and Abdul Sattar Kayani are also in the field while Professor Sajid Mir has submitted his nomination papers as well. The terms of office of 52 members of the Senate is due to expire on March 11, 2015 and election to fill these 52 seats will be held in accordance with clause (3) of Article 224 of Constitution. As per schedule‚ scrutiny of nomination papers will be completed from Feb 16 to Feb 17 while the candidates can file appeal against rejection of nomination papers between February 20 and 21. Last date for withdrawal of candidature has been set for February Feb 25. According to the Election Commission, the poll for the Federally Administered Tribal Areas and the Federal Capital will be held in the Parliament House, Islamabad and the poll in each province will be held in the provincial assembly building.