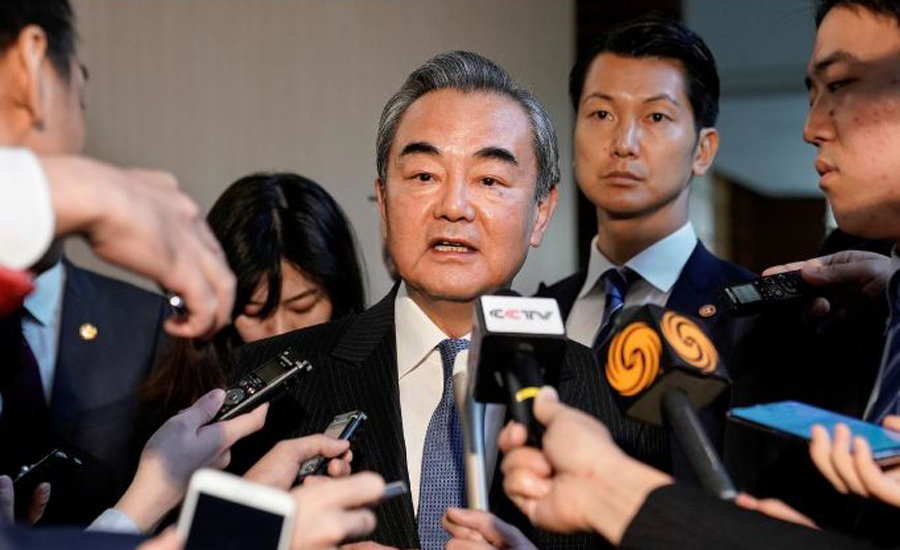 SEOUL (Reuters) - A high-ranking Chinese diplomat is visiting Seoul this week for the first time in five years as the two countries seek to improve ties amid a spat over a US anti-missile system in South Korea. The Chinese government’s top diplomat, State Councillor Wang Yi, is set to arrive on Wednesday for a two-day stay, during which he will meet his counterpart, Kang Kyung-wha, and President Moon Jae-in, Seoul officials said. South Korea sees China as instrumental in reviving stalled denuclearisation talks between the United States and North Korea, a longtime ally of Beijing. Wang’s visit will be his first since a dispute erupted over the installation of the U.S. Terminal High Altitude Area Defence (THAAD) system in South Korea, though he and Kang have talked on other occasions. The United States and South Korea, meanwhile, have been locked in an increasingly public disagreement over how much Seoul should pay for hosting some 28,500 U.S. troops. South Korea’s foreign ministry said Wang’s visit would be a chance to bolster relations “for new development,” with bilateral and regional issues on the agenda. Both sides are expected to primarily discuss Moon’s planned attendance at a trilateral summit in China with Japan, and a possible visit by Chinese President Xi Jinping to South Korea next year.

The United States suggested setting up the THAAD system to address North Korea’s missile threats, and a total of six interceptor batteries were installed at the southeastern air base of Seongju by 2017. Beijing angrily denounced the move, saying the system’s powerful radar could penetrate into Chinese territory and was part of a U.S. drive to establish a global missile shield. The row resulted in a sharp slump in South Korea’s tourism, cosmetics and entertainment industries, which had prospered thanks to Chinese demand. China is South Korea’s biggest trading partner. After Moon took office in 2017, the two sides sought to mend ties through an agreement under which South Korea recognised China’s concerns and promised not to deploy additional interceptors. But the economic relationship has not fully recovered, industry officials said. “China ties have rather been somewhat neglected after the THAAD rift had died down somewhat, but there are still several points of friction, including THAAD and China’s air defence zone intrusions,” said Shin Beom-chul, a senior fellow at the Asan Institute for Policy Studies in Seoul.

Chinese military aircraft frequently violate South Korea’s air defence zone, creating another source of contention. On Friday, South Korea’s military said it scrambled jets after a Chinese warplane repeatedly entered the Korea air defence identification zone over three and a half hours. In July, South Korean warplanes fired flares and warning shots near a Russian warplane that violated South Korean airspace during the first long-range joint regional air patrol by Chinese and Russian aircraft. South Korea is seeking to open additional military hotlines with China to improve communications. The two countries’ defence ministers discussed the issue on the sidelines of an international conference in Bangkok last month, Seoul’s defence ministry said. “Wang’s visit may not be enough to resolve all the disputes, but could be a starting point, as long as China doesn’t demand drastic action especially over THAAD,” Shin said.