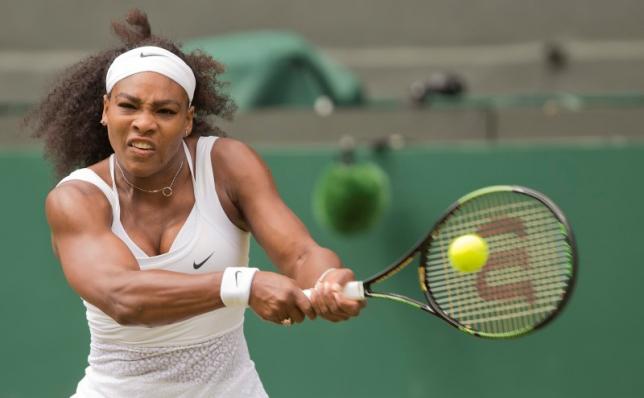 NEW YORK – World number one Serena Williams has opted against defending the WTA Finals title and decided to end her season early following a roller coaster campaign littered with pains and prizes, the American said on Thursday. The 34-year-old's last match was her shock loss to Italy's Roberta Vinci in the semi-finals of the US Open last month, which ended her bid to become the first women in 27 years to win all four grand slam titles in the same season. The 21-times grand slam singles champion said she had been carrying injuries throughout the campaign and the loss to Vinci had taken its toll, adding she would not play again this year after also pulling out of next week's China Open. "My journey in tennis this year has been at times exhilarating, at times disappointing," Williams said in a statement carried by China Open organisers. "I've played injured most of the year - whether it was my elbow, my knee, or in the finals moments after a certain match in Flushing, my heart. "I'm a fierce competitor and I want to compete as well as I can, for as long as I can. "This is a very difficult decision, but one ultimately made because of the love of the game." After winning the Australian and French Open titles, Williams became the earliest ever qualifier for the eight-woman end-of-season finals when she won her third round match at Wimbledon in July. The American went on to win the grass court championships but under the heavy weight of expectation she was unable to add the US Open title after she threw away a set lead against Vinci. Recuperating for another tilt at adding to her major haul next year is the obvious goal for Williams, who is three shy of matching Australian Margaret Court's record of 24 grand slam singles titles and one off Steffi Graf. However, her withdraw is a big blow to the organisers of the Oct. 25-Nov. 1 WTA Finals, who are already sweating on the fitness of world number three Maria Sharapova after theRussian also pulled out of the China Open following a forearm injury in Wuhan. The two headline acts, along with Romania's Simona Halep, are the only three qualifiers so far for the tournament, which will be staged in Singapore for the second time as part of a five-year deal with the WTA. –Reuters