Serena scraps through unexpected dogfight to reach second round 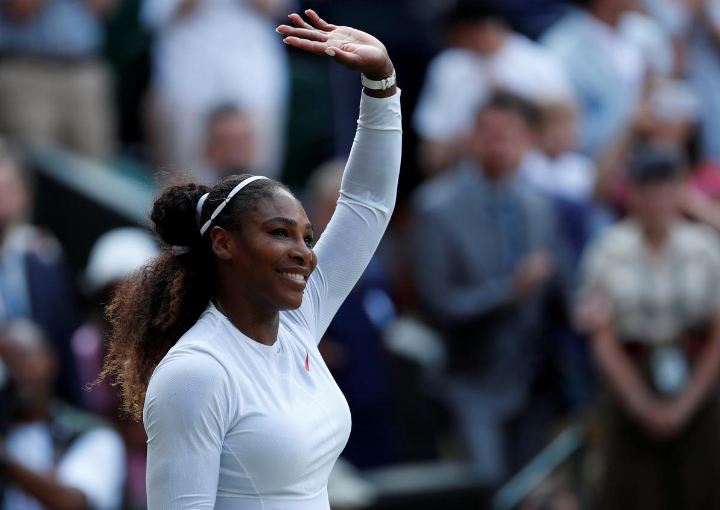 Serena scraps through unexpected dogfight to reach second round

LONDON (Reuters) - Serena Williams began her first-round clash at Wimbledon in complete comfort, but ended it screaming in delight as she finally suppressed Giulia Gatto-Monticone having been dragged into an unlikely dogfight by the world number 161. The Italian qualifier, who was making only her second Grand Slam appearance at the age of 31 having amassed a relatively modest $300,000 (237,887.6 pounds) in prize money throughout a pedestrian career, was eventually subdued 6-2 7-5. But she put the seven-times champion through her paces, testing the injuries that have limited the American to seven matches since the Australian Open in January. “She never gave up - it’s good for me to play matches like this as I haven’t played too many matches this year,” said Williams. “It’s the best I’ve felt since February. It felt amazing to be on grass after some tough times on clay. I’m so thankful and I’m happy to be back doing what I love.” Gatto-Monticone came from the other side of the tennis tracks to Williams, having only played one previous match against a top-20 player and never beaten someone ranked higher than 102. Yet her staying power against the 23-times Grand Slam singles champion, who has amassed nearly $89 million in prize money, gave the fans on Centre Court a contest they could not have expected when Williams took the opening five games. From then on, however, the two players went toe-to-toe, albeit in a scrappy encounter low on quality. After taking the first set in 29 minutes, Williams had to wait until the eighth game of the second set to break serve only for the resilient Italian to fire straight back and then level at 5-5. After getting her nose back in front, Williams brought up match point on Gatto-Monticone’s serve, pumping her fists furiously before wrapping up the encounter following a lengthy rally and rapid exchange at the net. Like an ageing heavyweight, the 37-year-old Williams clearly still packs a punch but looked well-below par and desperately in need of matches to regain sharpness. Next up for the former world number one will be a second-round clash against Kaja Juvan, a highly-rated 18-year-old prospect from Slovenia who showed off her potential with a 6-4 2-6 6-4 win over Kristyna Pliskova.