Serena stunned by Pliskova in US Open semis 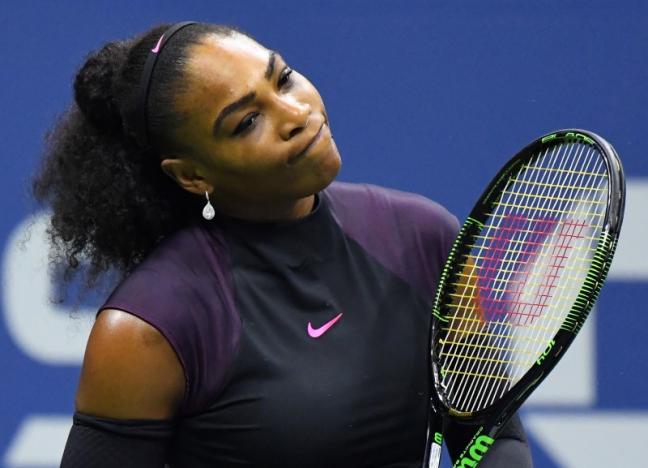 Serena stunned by Pliskova in US Open semis

NEW YORK - For the second straight year Serena Williams saw her bid for a seventh US Open title halted in the semi-finals with a 6-2 7-6(5) loss to Karolina Pliskova on Thursday that also ended her long reign as world number one. A year ago Williams went into the semi-finals on the cusp of a rare calendar-year grand slam but was the victim of one of the biggest upsets in tennis history when Roberta Vinci, a 300-to-1 longshot, prevailed. This year it was Czech 10th seed Pliskova, who until this week had never played beyond the third round of a grand slam, delivering the upset as she swept Williams off an Arthur Ashe Stadium court she claims as her own in one hour, 26 minutes. "I don't believe it. Actually, I do believe it," Pliskova said in a courtside interview. "I always knew I have a chance to beat anybody if I'm playing my game. "But this is something amazing. "Serena, she's a champion so it's never easy to play her. You saw even when she was down a break she's still fighting so it's very hard." There was no calendar-year grand slam up for grabs this year but history continued to beckon Williams, who would have stood alone as greatest grand slam champion in the professional era if she had claimed a 23rd title and moved past Steffi Graf. And while there was no title to win on this day Williams stepped onto the court with something to lose. After 186 consecutive weeks as the world's top-ranked player, Williams, who needed to reach the final to have any chance of retaining top spot, will relinquish the ranking to Angelique Kerber. Pliskova will now take on Kerber in Saturday's final after the second seeded German beat Caroline Wozniacki 6-4 6-3. After a punishing three-set quarter-final against Simona Halep on the same court 24 hours early, Williams appeared sluggish against the towering Czech. But a clearly annoyed Williams refused to use fatigue as an excuse for her loss and instead blamed her sluggishness more on left knee problems that limited her mobility. "OK, I'm not going to repeat myself. I wasn't tired from yesterday's match," said Williams. "If I can't turn around after 24 hours and play again then I shouldn't be on tour. "I have been having some serious left knee problems. I wasn't tired. Fatigue had absolutely nothing to do with it. "I wasn't able to move the way I wanted to move." With the two biggest hitters in women's tennis standing across from each other the match was expected to be an explosive affair filled with booming serves. Williams opened the contest with an ace but in the end it was the American's serve that ultimately let her down as she committed six double faults, including the deciding point in the tiebreak. Pliskova, who has led the WTA Tour in aces the last two seasons, kept the 34-year-old American under pressure almost from the start and had break chances on all but one of Williams' service games in the first set and converting twice. Showing the heart of a champion, Williams battled back from a break down to force a tiebreak where she clawed back from 3-0 down to take a 4-3 lead. But a cool Pliskova would not buckle and earned the victory when Williams double faulted. With the victory Pliskova completed a Williams family double having also beaten Serena's older sister, sixth-seeded Venus, in the fourth round. -Reuters