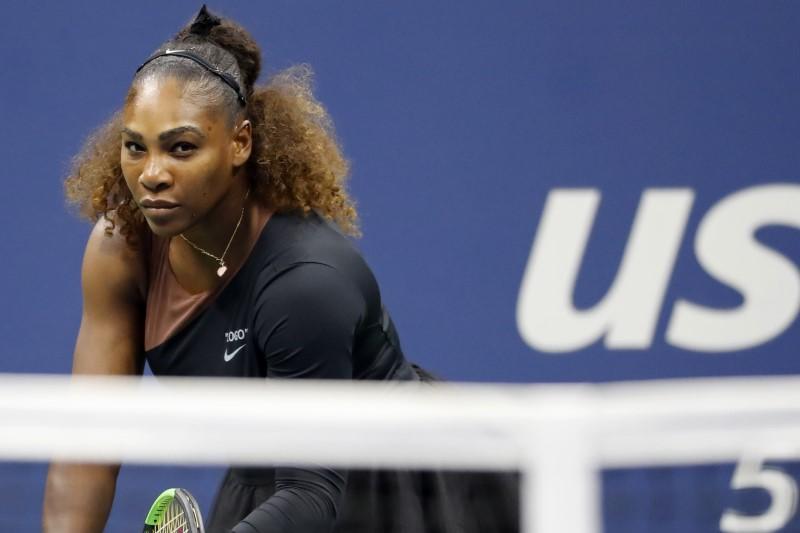 MELBOURNE (Reuters) - Serena Williams will resume her quest for a record-equalling 24th grand slam title at the Australian Open in January after organisers on Wednesday confirmed her entry to the tournament she won for a seventh time on her last appearance in 2017. The 37-year-old American achieved her victory over sister Venus in the final two years ago while eight weeks pregnant with her daughter Alexis Olympia, who was born the following September. Williams reached the Wimbledon and US Open finals after her return last year but lost both, leaving her one short of Australian Margaret Court’s tally of grand slam singles titles. Her final match last season was the final at Flushing Meadow, where her loss to Naomi Osaka was overshadowed by her row with umpire Carlos Ramos. Williams is scheduled to play an exhibition tournament in Abu Dhabi in the final week of the year before heading to Australia to warm-up for her assault on the Melbourne Park title at the Hopman Cup in Perth. Also among the 102 women and 101 men to have confirmed they will compete in the first grand slam of 2019 is five-times runner up Andy Murray, who missed three of the four majors last year because of a hip injury. The 31-year-old Scot has entered the tournament with his protected ranking of number two after sliding down to 259th in the world in the wake of surgery on his injured joint. Reigning champion Roger Federer will be gunning for a record seventh men’s single crown from Jan. 14-27, while Caroline Wozniacki will embark on her maiden grand slam title defence at Melbourne Park.