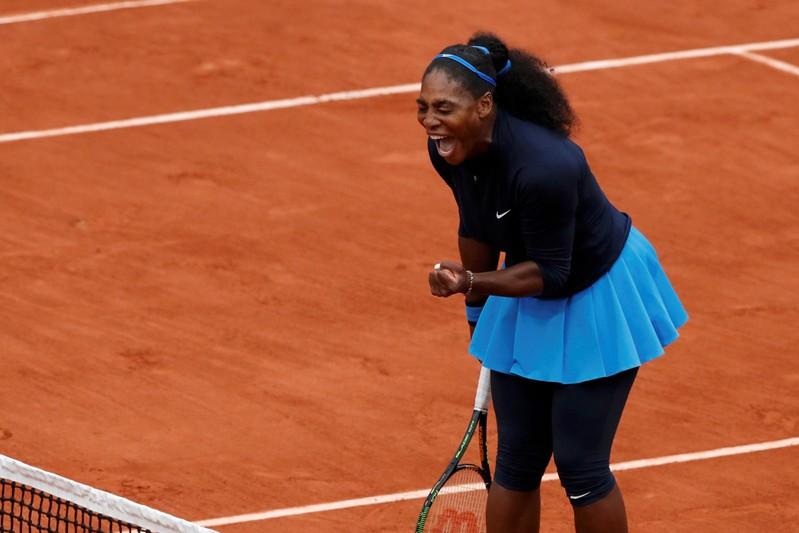 PARIS (Reuters) - Former world number one Serena Williams returns to Grand Slam action for the first time in over 15 months, when she goes up against Czech Kristyna Pliskova in the French Open first round on Tuesday. American Williams, 36, has not played a major tournament since winning a 23rd title at the 2017 Australian Open, having given birth to her daughter Alexis in September. World number one Simona Halep, chasing a maiden grand slam crown, will start her campaign against American Alison Riske. In the men’s draw, third seed Marin Cilic takes on Australian James Duckworth. Defending champion Rafa Nadal will look to wrap up his first-round match against Italian Simone Bolelli after rain halted play .The Spaniard leads 6-4 6-3 0-3.