LAHORE (92 News) – At least 10 people were injured and three bikes were damaged when an explosion ripped through a rickshaw in Lahore’s Chauburji area on Friday. According to the reports, the blast occurred at around 11:15am. The victims have been shifted to nearby hospital for medical assistance. According to the Bomb Disposal Squad, there were also clear marks of ball bearings on the charred and mangled wreckage of the rickshaw. They also said that 1.5 to 2kg explosive materials used in the blast. 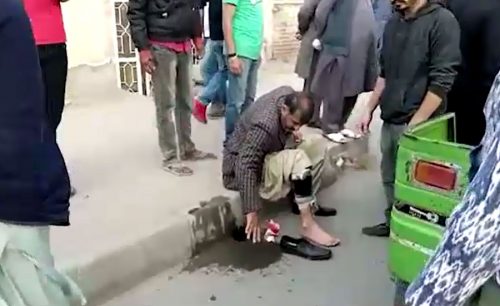 However, the forensic teams and investigators are still working to ascertain the cause. It added that the wounded include the rickshaw driver and one of the seven victims was in critical condition. In his initial statement recorded by the security agencies, the rickshaw driver said that a suspicious passenger travelled with him from Sherakot and the blast occurred at the same time when he left the rickshaw in Samanabad. 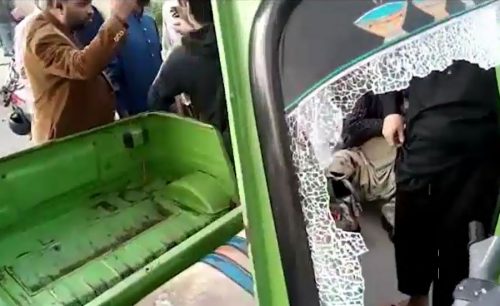 On the other hand, the police officials said it could be a remote-controlled explosion as a suspicious device was found near the blast site. Meanwhile, Counter Terrorism Department (CTD) officials said that ball bearings have been recovered from the explosion site while Rangers personnel have also been deployed for investigation. While taking notice of the incident, Punjab Chief Minister Usman Buzdar has sought a report from CCPO and directed best medical treatment for the victims.