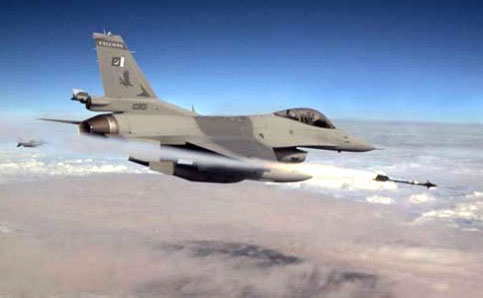 PESHAWAR (Web Desk / Agencies) - At least seven terrorist have been killed and 15 other injured in air strikes in Tirah Valley of Khyber Agency, 92 News reported on Thursday. According to security sources, seven hideouts of the terrorist were also destroyed in the airstrikes. WAR ON TERRORISM  The army is fighting offensives against Tehreek-e-Taliban insurgents and other militant groups in Khyber as well as the North Waziristan region, which is also on the Afghan border. But the pace of operations has picked up since Taliban suicide attackers killed more than 131 school children, nine teachers and a soldier at a military-run high school in the northwestern city of Peshawar on December 16. The assault was the deadliest militant attack ever in Pakistan. Many militants have sought refuge from the offensive over the border in lawless areas of Afghanistan but they have come under attack there too, especially by missile-firing U.S. drones. Since the school attack, the government has promised that Pakistan would not discriminate between different militant factions. The government has also lifted moratorium on the death penalty to execute the convicted terrorists.