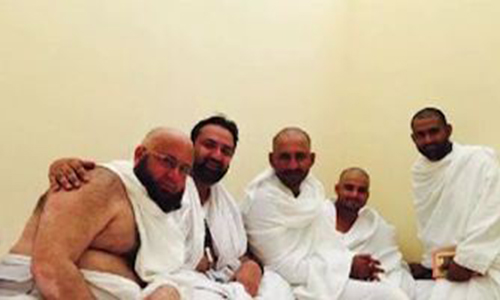 LAHORE (92 News) – Seven cricketers who were present in Mina to perform Hajj are safe, sources said. Inzamamul Haq, Azhar Ali, Sarfraz Ahmed, Asad Shafique, Muhammad Yousaf, Saeed Ajmal and Abdur Rahman performed Hajj this year. Saeed Ajmal told 92 News that deaths occurred due to crushing, heat and suffocation. Azhar Ali said that they had spent the night in Muzdalifah and were in their hotel at the time of the tragedy.