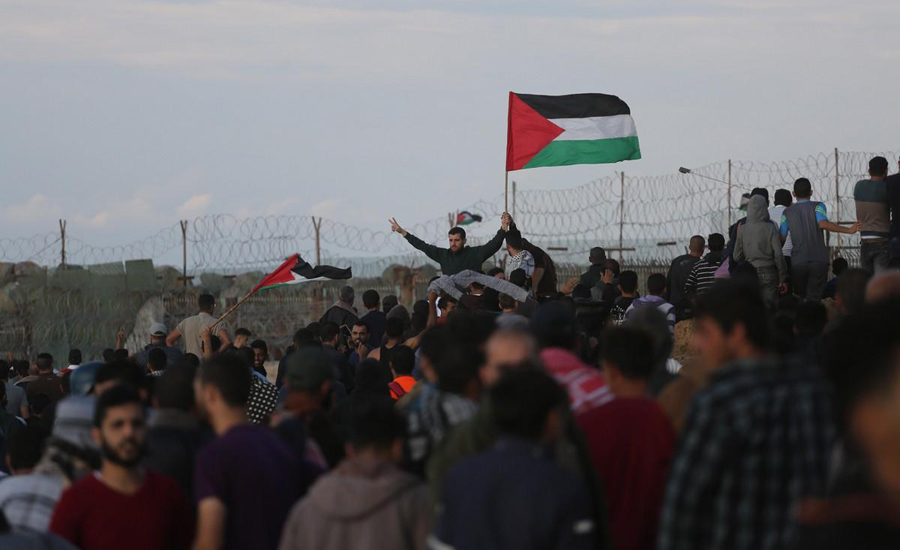 GAZA (Reuters) – Israeli forces martyred seven Palestinians in the Gaza Strip on Sunday in air strikes and an undercover raid that Hamas said targeted one of its commanders and the Israeli military said left one of its officers dead. The Israeli incursion and air attacks drew rocket fire from the Hamas-controlled enclave, with sirens sounding in Israeli communities along the border. The military said its defenses intercepted two of the launches. There were no immediate reports of injuries or damage on the Israeli side of the frontier. Hamas said the incident began when assailants in a passing car opened fire on a group of its armed men, killing one of its commanders. Hamas gunmen gave chase as the car sped back towards the border with Israel, Hamas said in a statement. During the pursuit, Israeli aircraft fired more than 40 missiles in the area, according to witnesses. Medics and Hamas officials said at least seven people were killed, four of them militants, including Hamas commander Nour Baraka. It was unclear if the other fatalities included gunmen.