LAHORE (92 News) - Five women and an infant among seven were killed in three acts of violence that took place in different parts of the country on Sunday, police said. Swabi police said a man shot and killed the wife and three children of his deceased brother following a property dispute in Shalkhay Banda area. Preliminary police inquiries showed that the suspect entered the house of his elder brother and opened fire on widow Zaitoon, her two daughters Khushboo and Aishmal and 40-day-old son Zaman. The firing left the four dead on the spot. The suspect fled the scene. Police said the suspect had murdered his two brothers including Zaitoon's husband three months ago. Two sisters were murdered for honour in Bheer Sodian locality of Kasur. The suspect has been identified as a maternal cousin of victims Nargis and Fazeelat. 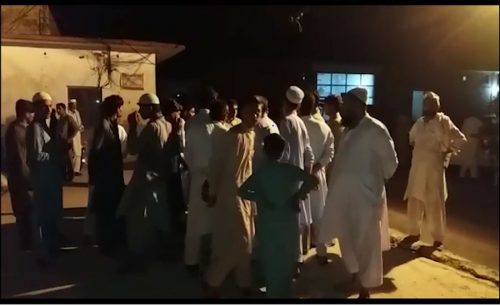 A woman was killed by her husband in Zarobi area of Swabi. The motive for the killing is said to be a domestic issue. Police shifted the bodies for autopsies, registered cases and began investigation into cases.