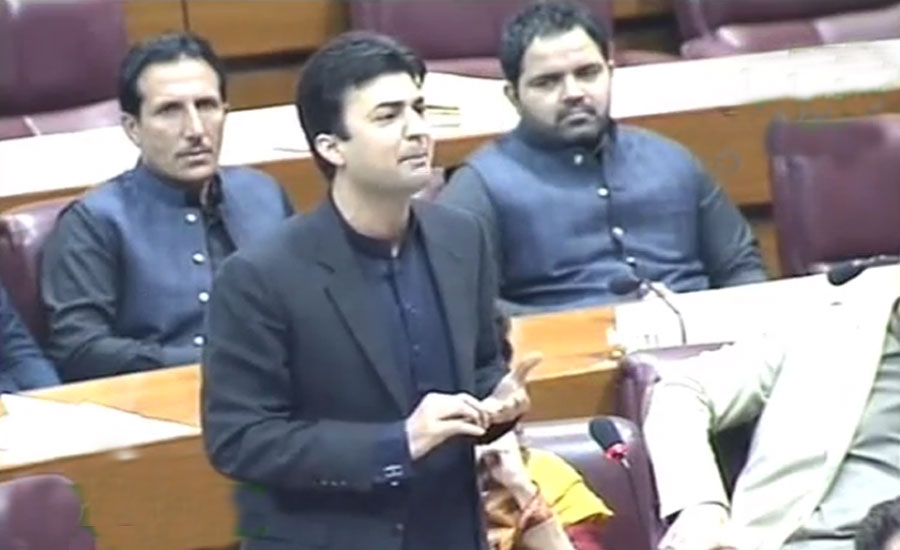 ISLAMABAD (92 News) – Minister of State for Communications Murad Saeed on Wednesday claimed that seven members of the Pakistan Muslim League-N (PML-N) were approached him and asked for a National Reconciliation Ordinance (NRO). Addressing at the floor of the National Assembly, the state minister claimed that seven PML-N members asked for NRO and the first person who had asked him for NRO was present in the parliament at this time. Taking jibe at the opposition, the minister said that the people who looted the nation’s money should be hanged at D Chowk while their assets should be auctioned at the very place. Saeed mentioned that former premier Nawaz Sharif did not give details of his income in the accountability court. He asserted that no NRO was given to any person. Saeed when asked by the opposition to name those who approached him said, “The first person who had approached him for NRO is present in the parliament at this time.”