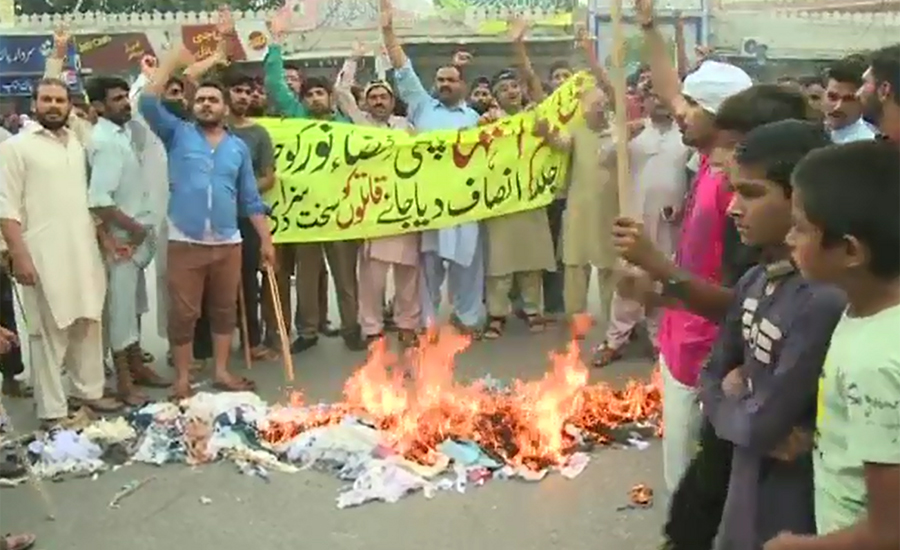 FAISALABAD (92 News) – A seven-year-old girl was strangled after being raped in Faisalabad’s Nawabanwala area on Tuesday. After the incident, locals staged a demonstration and blocked Madni Chowk. The protesters exchanged hot words with the passers-by and uprooted the traffic police kiosk. The police are clueless even after 24 hours of the incident. According to the autopsy report of Allied Hospital, the girl was raped before being strangled. The police have sent samples to Punjab forensic laboratory for further investigation.