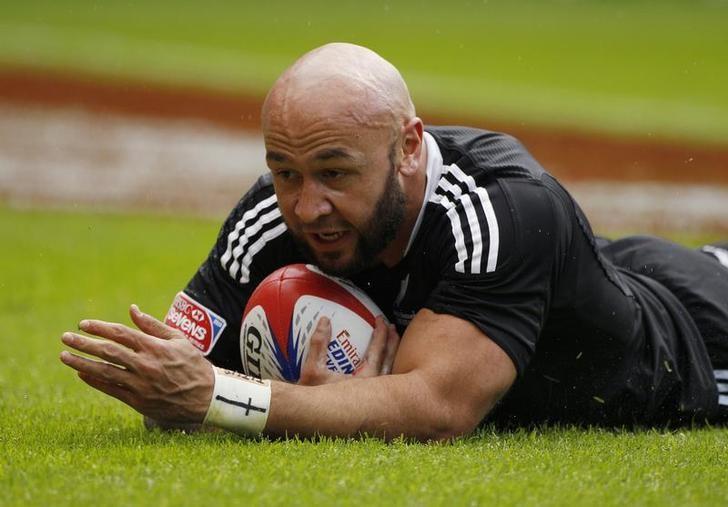 WELLINGTON - Former New Zealand captain DJ Forbes is hoping some of the winning culture he helped establish will be transferred to a new generation as he prepares to break the Sevens World Series appearances record in Dubai this week. The 33-year-old Forbes will make his 80th appearance at a world series tournament on Friday when the All Blacks Sevens side play Russia in their opening pool match. "It's pretty cliched, but it's a special moment," Forbes said. "For me to be here 11 years and 80 tournaments on, I'm just glad my body has held up and I'm really appreciative of the people who have supported me to get here." That Forbes should achieve the record in the opening round of the new Olympic cycle might provide a small sliver of pride for the New Zealanders after a disappointing campaign at the Rio Games in August. Japan caused a major upset when they beat the All Blacks Sevens 14-12 in pool play, underlining the levelling of the playing field in the abbreviated version of the sport. New Zealand, 12-times world series champions, only made the knockout phase as one of the best third-placed sides and Forbes said his team were 'hurting' after finishing fifth at Rio. The result - New Zealand Rugby had targeted a medal as the minimum - saw the end of Gordon Tietjens' 22-year reign as coach. Former sevens players Scott Waldrom and Tomasi Cama have been appointed as interim coaches until Clark Laidlaw takes over in June. Despite the makeshift nature of their setup for this year's circuit, Forbes was certain older heads like himself, captain Scott Curry and Tim Mikkelson would help as the All Blacks build towards the 2020 Games in Tokyo. "There are new ideas, new coaches, new faces and the new generation coming through," Forbes said. "I'm really excited to be part of that transition and hopefully some of the legacy that me and the old boys created 10 years ago, we can instil a bit of that and these new boys can carry that on. "We have always been on about team culture and we have been working really hard to get that right. "The old heads with the new experience creates a really refreshed environment and we're working hard to get that right off the field to hopefully turn that into performances on the field." -Reuters