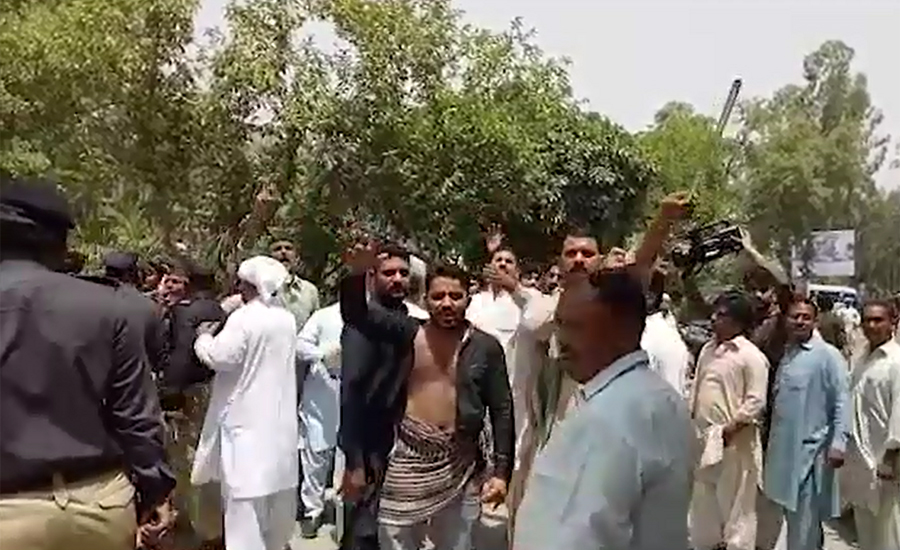 KHANEWAL (92 News) – Several councilors were injured when two groups clashed during a meeting of District Council on Tuesday.

Both sides attacked each other fists, clubs and kicks, while the police remained a silent spectator.

The groups exchanged hot words over calling ‘outsiders’ to the meeting.

The supporters of both groups besieged the building and chanted slogans against each other.