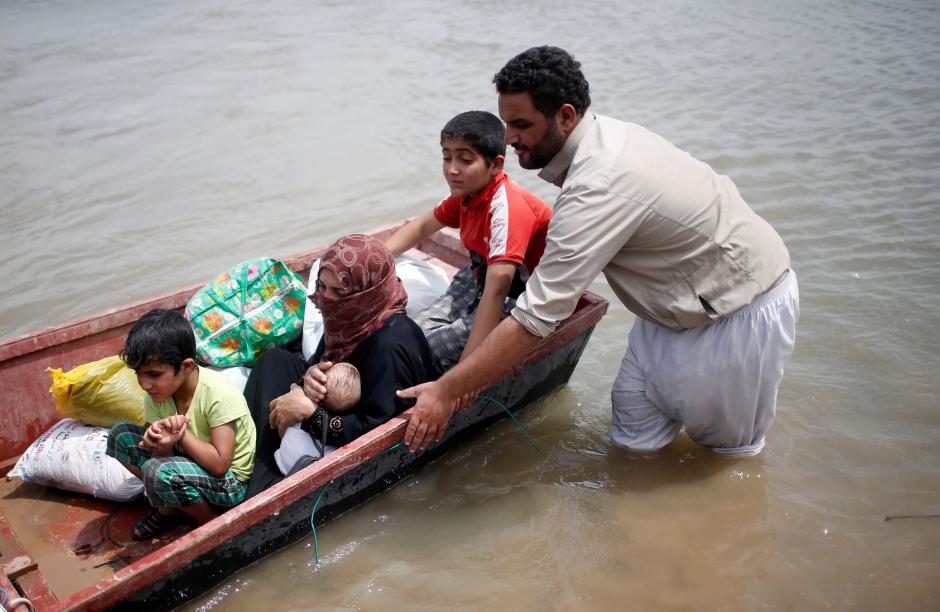 TIKRIT, Iraq (Reuters) - At least seven people died and thousands fled their homes in flash floods around the northern Iraqi town of Shirqat on Friday, its mayor said. The state news agency also reported floods in the southern province of Dhi Qar, saying that a house there collapsed killing two of its occupants. The floods, after unusually heavy and early rainfall in recent weeks, have piled more pressure on Iraq’s new government to provide services and fix infrastructure in provinces hard-hit by the 2014-17 war against Islamic State militants, and by years of neglect that critics blame on corruption. Footage from the state-run Iraqi News Agency showed people in Salahuddin province, where Shirqat is located, escaping their half-submerged homes in small boats. “Some 3,000 people are now homeless after fleeing their villages,” Shirqat Mayor Ali Dodah said. Officials in Tikrit, the Salahuddin provincial capital, called for rescue helicopters to be sent to help with evacuations.