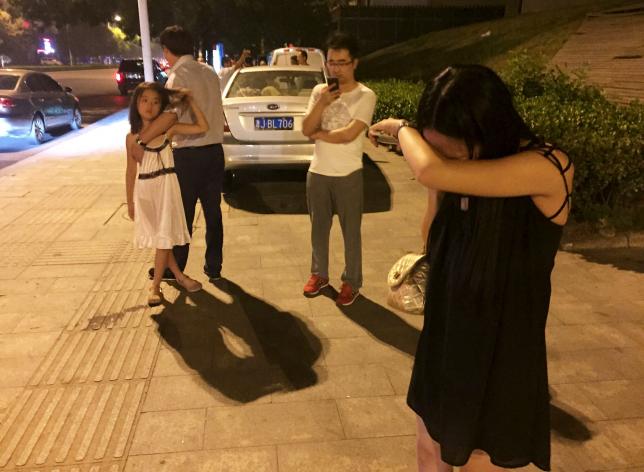 TIANJIN – Huge explosions hit an industrial area in the northeast Chinese port city of Tianjin late on Wednesday, triggering a blast wave felt kilometers (miles) away and injuring scores of people, Chinese media reported. State broadcaster China Central Television reported that blasts had erupted in a shipment of explosives at around 11.30 p.m. local time. Video footage showed flames lighting up the night sky and state-run news agency Xinhua quoted residents in nearby districts as saying the blast had shattered windows. The agency said the explosion had ripped through a warehouse storing "dangerous goods". Citing a local hospital, Xinhua said more than 50 people had been wounded, mainly by broken glass and stones, and some were seriously hurt. Central Television said on its website no deaths had been reported. It said there had been two explosions within 30 seconds of each other and that about 100 fire trucks had been sent to the scene. Xinhua said fireballs from an initial blast had ignited further explosions in premises nearby. –Reuters