LAHORE (92 News) – The stick-wielding activists of Jamiat-e-Tulba Islam attacked the Pashtoon Cultural Festival being held in Punjab University on Tuesday.

Several students were injured in the clashes between the two groups.

The Jamiat activists also set the camps stalls arranged for the festival on fire. 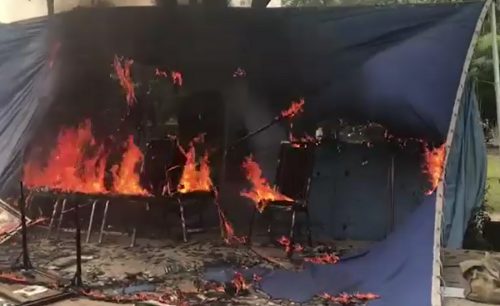 Heavy contingents of police reached the scene to control the situation. The police resorted to tear gas shelling to disperse the students. The situation in the university got tensed after the clash. 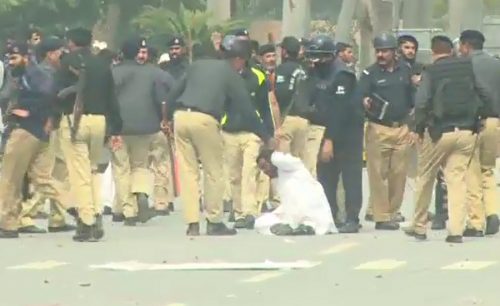 Speaking to 92 News on the occasion, the VC said that the persons involved in the clash would be punished. He said that no FIR has been taken back.

Dr Zafar said that strict action would be taken on the matter and added, “Actions speak louder than words”.

The students were dancing wearing traditional clothes when the extremist students attacked the Pashtoons.

The Pashtoon students resumed their activities after the clash.