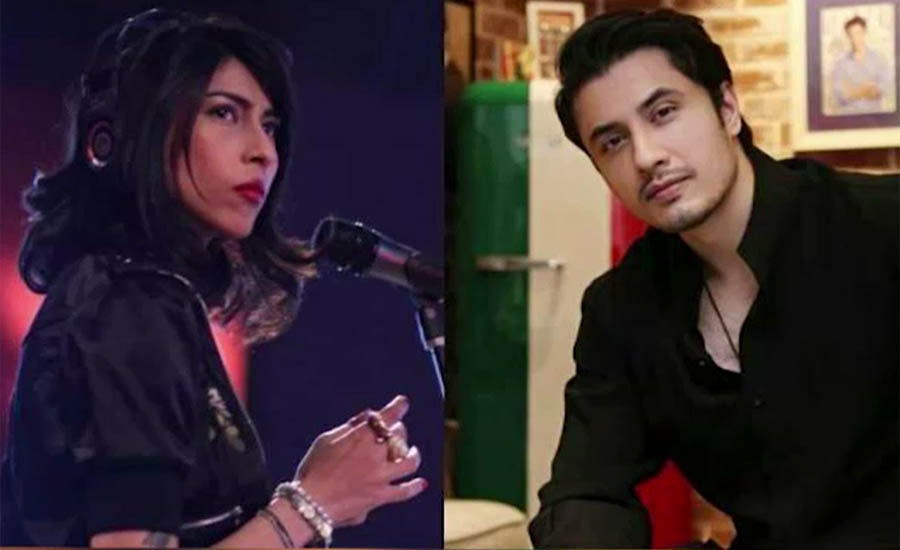 LAHORE (92 News) – Singer, model and actor Meesha Shafi on Thursday filed a petition in Lahore High Court (LHC) challenging Punjab governor's dismissal of complaint against Ali Zafar. The LHC heard Meesha's petition against the Punjab governor's dismissal of her complaint against fellow artist Ali Zafar whom she has accused of sexual harassment. The court issued notices to actor-cum singer Ali Zafar, the Punjab governor and other parties relating to this case. Earlier, the provincial ombudsperson had rejected it on technical grounds saying that as she and Zafar did not have an employer-employee relationship, the case could not be heard in that forum. Meesha's lawyer Ahmad Pansota said that they pursued the case against the Protection Against Harassment of Women at Workplace Act and the ombudsperson and governor rejected the pleas because an employer-employee relationship did not exist between Shafi and Zafar. “Now we’ll be approaching judicial forums such as the LHC and Supreme Court,” said the lawyer. “So far we have approached administrative forums and maybe we weren’t able to explain our arguments properly or they were unable to understand what we said.” On April 19, she said that Ali Zafar sexually harassed her. Shafi tweeted a statement on Twitter, after which Zafar did the same and denied that he harassed her. Even though a number of Pakistani celebrities came forward to talk about their experiences of child sexual abuse as part of the #MeToo movement, this was the first time that a celebrity named someone.