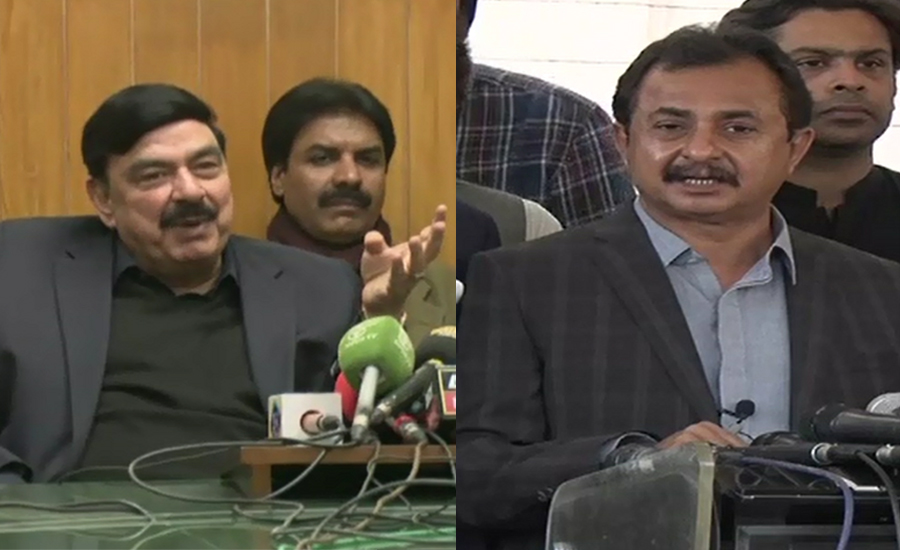 LAHORE/KARACHI (92 News) – Federal Minister for Railways Sheikh Rasheed and PTI leader Haleem Adil Sheikh have asked Sindh Chief Minister Syed Murad Ali Shah after the disclosures made in the JIT report. Talking to the media on Friday, Sheikh Rasheed said that Asif Zardari was in connection with all criminals. “It will be very regretful if Asif Zardari used Bilawal Bhutto,” he said. Haleem Adil Sheikh said that whether Bilawal Bhutto is a teenage boy. “The cases were registered after 2018. Bilawal should have questioned when millions of rupees were deposited into his account,” he said. He termed the Sindh rulers as ‘Yazidi’ coterie led by Asid Zardari, Faryal Talpur and Murad Ali Shah. The PTI leader also demanded that the audit of officers of Sindh and Summit banks should be conducted immediately. “We will besiege the criminal chief minister if Murad Ali Shah did not resign,” he said. He claimed that several PPP MPAs want to get rid of their leaders. “We will not do any unconstitutional work. We still have 87 members in the Sindh Assembly,” he said.