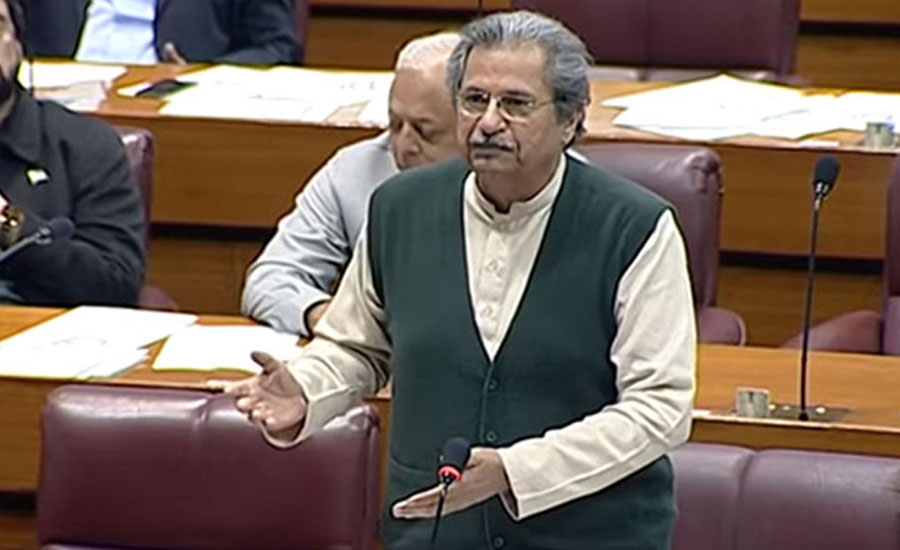 ISLAMABAD (92 News) – Minister for Education and Professional Training Shafqat Mahmood held previous governments responsible for the current situation of the country. Addressing to the National Assembly (NA) session, he said the Pakistan Muslim League-N (PML-N) and the Pakistan Peoples’ Party (PPP) are responsible for leaving the economy in dire straits. The minister said that both the parties destroyed the national institutions, saying, the moral values has fallen in such extant that the rose petals showered on corrupt when they move outside. He said fascism and attacking judiciary are the hallmarks of the PML-N. He said the people have not yet forgotten the Model town tragedy in which innocent people were killed. “Innocent people were killed in the previous tenure of the government, and the state was put into burden of massive debt in the same period,” he added. “When crackdown is done against corrupt people, then it is said that democracy is in danger,” he said, adding that those who had stormed into courthouses, in the past, were [pretending] to be supporters of democracy today. Shafqat Mahmood said the previous governments also did not pay any attention to improve the health and education systems in the country. He said the PTI government will bring a single national curriculum to promote unity and harmony. He said we will also strengthen economy and improve governance system. The country, he said, will be taken forward on the path of development by the PTI government.

Addressing the National Assembly, after being brought to the house by the NAB team on the production orders, the PPP leader said that when his party came into power in 2008, after the 10-year tenure of Pervez Musharraf, he didn’t go after other politicians.

“My arrest doesn’t make a difference to them, he said, but it does worry the common people. They say, if Zardari saab can be arrested, then what about us,” he said.