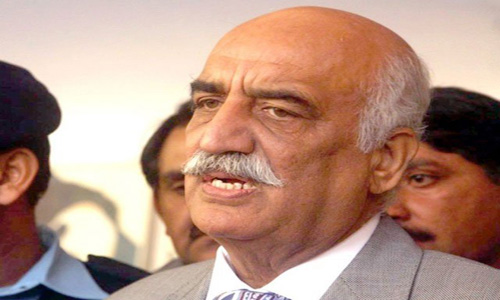 ISLAMABAD (92 News) - Leader of the Opposition in National Assembly Khursheed Shah has insisted Prime Minister Nawaz Sharif to take the Parliament into confidence before reaching any decision on sending forces into Yemen. In a statement on Sunday, Shah said that the government must not take unilateral decision on the crucial issue. "Pakistan is already in a state of war, no such move should be taken that leads to another chaotic situation," he said. Earlier on Saturday, Shah had said in a statement that Saudi Arabia is a brotherly country and Pakistan stands by it in case of any danger. However, the government should not let Pakistan enter the war in Yemen.