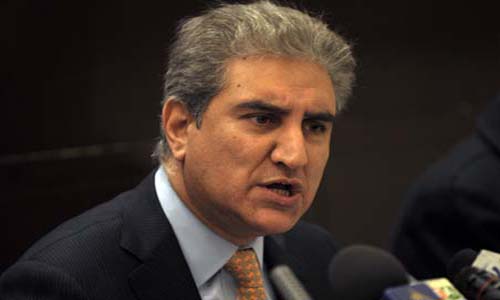 ISLAMABAD (92 News) – Pakistan Tehreek-e-Insaf leader Shah Mahmood Qureshi has on Sunday criticized Federal Minister for Railway Khawaja Saad Rafiq and expressed shock over the statements during the dialogue process by a member of ToR committee. The PTI leader announced to raise the issue during the meeting of the ToR committee. Shah Mahmood Qureshi declared Khawaja Saad Rafiq responsible for sabotaging the ongoing dialogue process between the government and opposition, adding that the federal minister is trying to ruin the atmosphere. “It looks like the government does not want to fix the matters as the intentions of the government are not right,” he said.