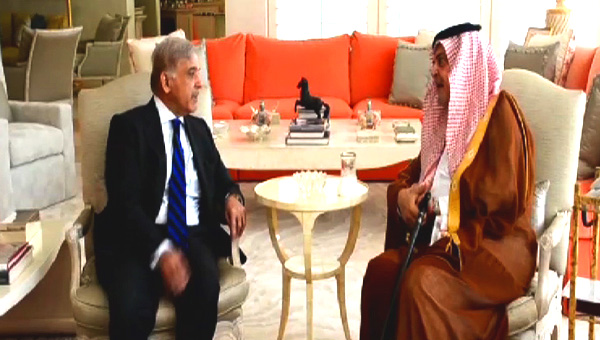 RIYADH (92 News) – The Pakistani delegation headed by Punjab Chief Minister Shahbaz Sharif on Thursday assured Saudi officials that Pakistan will stand shoulder to should with Saudi Arabia (KSA) in this critical time and will defend it whenever there is a threat to its sovereignty. The delegation briefed the Saudi leadership about joint resolution of parliament and policy statement by Prime Minister Nawaz Sharif. The Saudi minister was told that joint resolution of Pakistan’s parliament was misinterpreted that lead to misunderstanding between the two countries. The delegation said that the KSA is time-tested friend of Pakistan which has always stood by it. “Pakistani nation holds people and government of Saudi Arabia in high esteem and will always stand by it in the time of need,” it added. The purpose of this visit is to give assurances to Saudi leadership that Pakistan will support Saudi Arabia in the time of need.