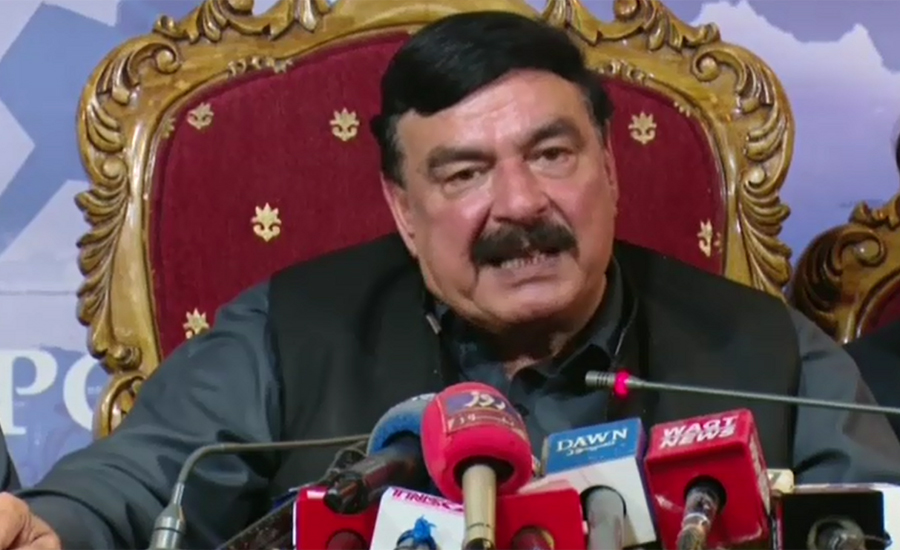 RAWALPINDI (92 News) – Awami Muslim League chairman Sheikh Rashid has said that Shahbaz Sharif is playing on both sides of the wicket. Addressing a press conference on Wednesday, he said that the prime minister’s tour to the United States is suspicious. He asked the CJP to impose judicial martial law for 90 days. “An economic crisis is being created intentionally to give the impression that the country cannot run without Nawaz Sharif,” he said. “I will contest the election from NA-62 and 63,” he said. “Nawaz Sharif Sahib, I have not committed theft or money laundering. I have been paying the tax since 1973,” he said. He said that people involved in corruption are always considered suspicious. “Nawaz Sharif should shun pride and arrogance,” he said. The AML chief said that any caretaker prime minister without the consultation of Imran Khan will be unacceptable. He said that transparency of the elections will be suspicious if a disliked person was nominated the caretaker prime minister.