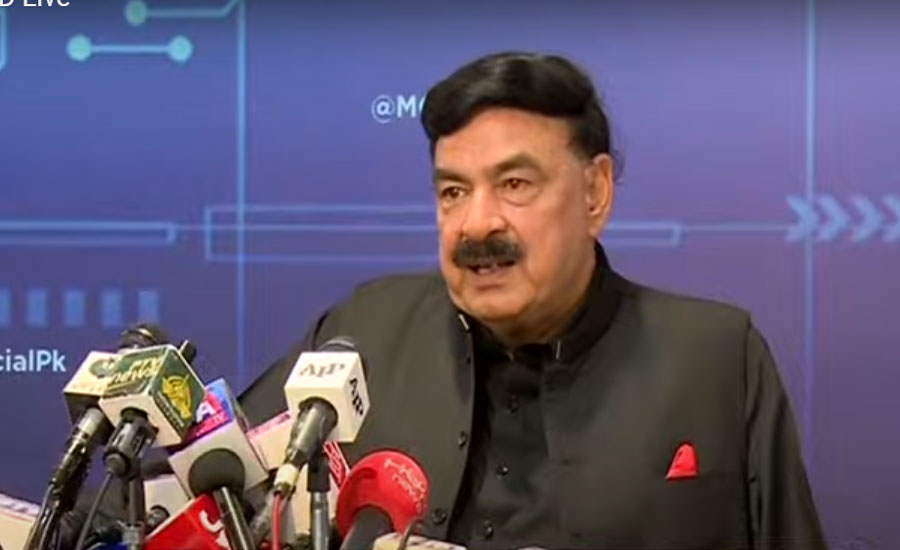 ISLAMABAD (92 News) –Interior Minister Sheikh Rashid Ahmed has said the name of PML (N) President Shahbaz Sharif has been put on the Exit Control List (ECL) after the cabinet approval.

Addressing a news conference in Islamabad on Monday, he said a notification to this effect has been issued and the relevant departments have been informed about it accordingly.

Sheikh Rashid pointed out that the National Accountability Bureau had recommended to put Shahbaz Sharif name on the ECL as it was investigating a corruption case of seven billion rupees against him.

Citing the reasons for adding Shahbaz Sharif's name to the ECL, Sheikh Rashid said five members of Sharif family are already absconders and residing in London. He said it would have been difficult to bring Shahbaz Sharif back home like his elder brother if he was also allowed to travel abroad.

He said there was also a possibility that he could temper the evidence or use the influence on the approvers in the case if he was permitted to leave the country.

The Interior Minister recalled that Shahbaz Sharif was the guarantor to bring Nawaz Sharif back home. Instead of bringing his brother back, Shahbaz Sharif himself was trying to flee the country.

Sheikh Rashid said Shahbaz Sharif has not submitted any medical documents about his health condition or disease.

Responding to a question, Sheikh Rashid said the PML (N) president can file a review application on the matter with the interior ministry within fifteen days.