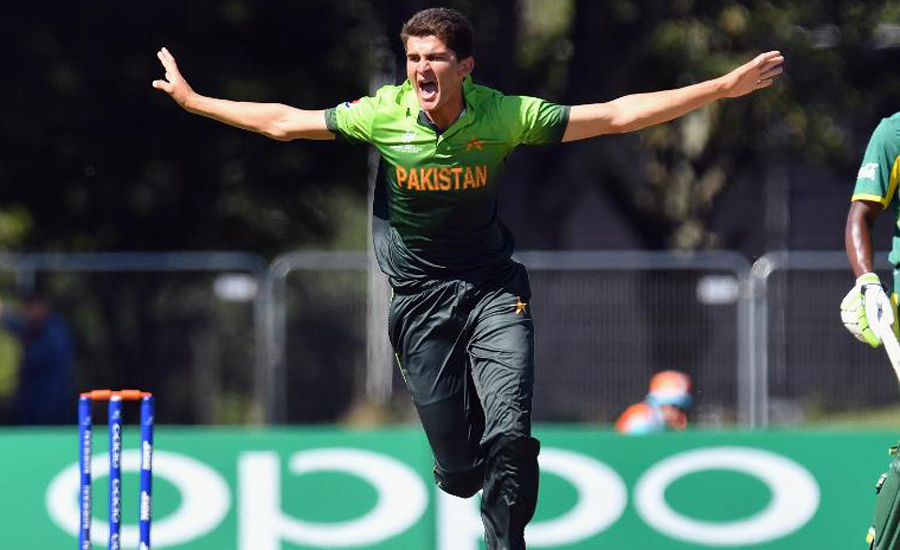 DUBAI (Web Desk ) – 18-year old fast bowling starlet Shaheen Shah Afridi has been called up to Pakistan's 15-man Test squad for the upcoming three-match series against New Zealand in the UAE, while Shadab Khan and Fakhar Zaman have not made the cut.

Afridi has been highly impressive for Pakistan in the shorter formats of the game since making his ODI and T20I debuts this year, the left-armer most recently picking up Player of the Match after notching figures of 4/38 in his side's six-wicket ODI victory against New Zealand. In five ODIs so far, the 6'5 inch paceman has taken 12 wickets at an average of 17.58 with an impressive economy of 4.90, while in T20Is, he has 11 wickets in 7 games at an average of 18.45. 20-year old all-rounder Shadab has not returned to the squad, despite being an ever-present in the T20I and ODI line-ups. Opening batsman Zaman had struggled with a period of poor form in the shorter game for Pakistan until his fantastic 88 helped his side to victory in the win against New Zealand on Friday 9 November. Zaman's omission is perhaps the most surprising, given that his Test debut yielded two half-centuries (94 & 66) in the last Test that Pakistan played- a thumping 373-run victory against Australia in October in the UAE. Uncapped Saad Ali, a 25-year old batsman with 11 first-class centuries and 18 50s to his to his name, has also been included. Squad: Mohammad Hafeez, Imam ul-Haq, Azhar Ali, Haris Sohail, Asad Shafiq, Baber Azam, Saad Ali ,Sarfaraz Ahmad (c), Yasir Shah, Bilal Asif, Muhammad Abbas, Hassan Ali, Shaheen Shah Afridi, Faheem Ashraf, Mir Hamza Fixtures: First Test: 16-20 November Second Test: 24-28 November Third Test: 3-7 December