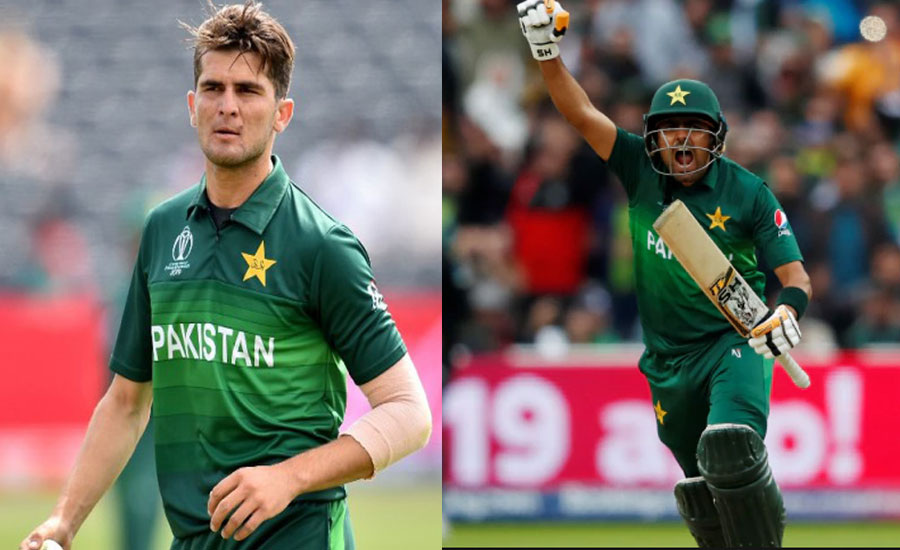 LONDON (Web desk/92 News) – Pakistan’s teenage pace sensation Shaheen Shah Afridi on Friday became the youngest ever player to take five wickets in a World Cup match. He’s also the first ever teenager to do so in cricketing history. Shaheen, aged 19 years and 90 days, got wickets of Tamim Iqbal, Shakib Al Hasan, Liton Das, Mehmudullah, Mustafizur Rehman and Mohammad Saifuddin to finish with figures of 6 for 35 from 9.1 overs in Pakistan’s World Cup game against Bangladesh at Lord’s. Shaheen surpassed Kenya’s Collins Obuya, who in 2003 World Cup had got 5 wickets against Sri Lanka at the age of 21 years 212 days. He has now 16 World Cup wickets as a teenager, most World Cup wickets by any at this stage of life, surpassing his countryman Abdul Razzaq who had taken 13 wickets as a teenager in 1999 World Cup. Babar Azam becomes leading Pakistani run-scorer Babar Azam added another feather to his cap on Friday when he surpassed Pakistan’s legend batsman Javed Miandad as the country's highest run-scorer in a World Cup edition. Babar reached this milestone during his World Cup 2019 innings against Bangladesh at Lord's here when he scored the 60th run of his innings to surpass Miandad's 27-year-old record of 437 runs in a World Cup edition. Miandad's record came in Pakistan's 1992 World Cup winning campaign when he scored 437 in 9 innings with the help of five half-centuries. 24-year-old Babar is one of only two Pakistanis to have scored more than 400 runs in a World Cup edition. The other is, of course, Javed Miandad. Babar had earlier become the fastest Asian cricketer to reach the 3,000 runs in ODIs. Babar scored 96 runs facing 98 deliveries, falling just short of a century before he was dismissed LBW. With 474 runs including one century and three fifties, he is now the leading Pakistani run-scorer in the World Cup 2019.