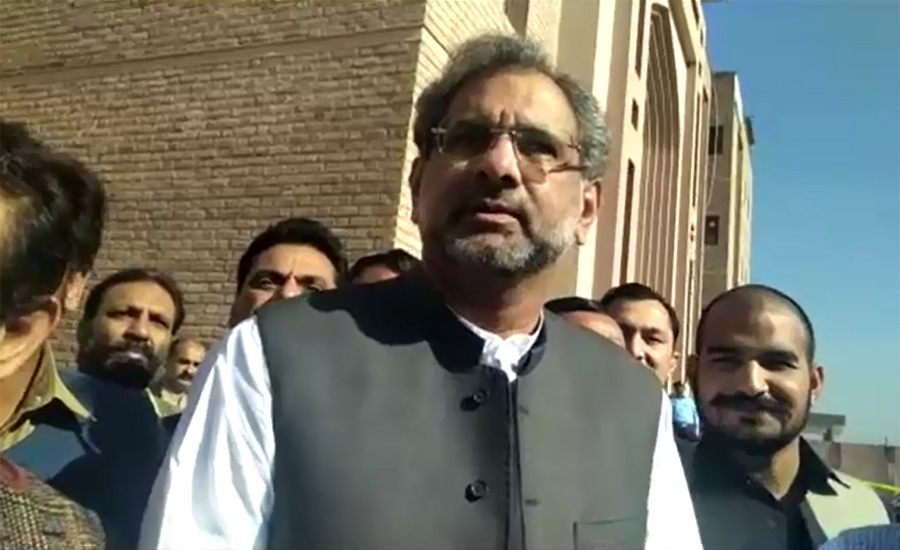 ISLAMABAD (92 News) – Former prime minister Shahid Khaqan Abbasi has asked the Pakistan Tehreek-e-Insaf (PTI) to get the mental state examination of Punjab Information Minister Fayyazul Hassan and he will pay the fee for it. Talking to the media on Wednesday, he said that the government ministers have continuously telling lies and leveling allegations. “There is no one to utter the name of the PTI,” he claimed. About the ongoing arrests, the former PM said that no arrest was being made for the arson and the government is just deceiving the people.