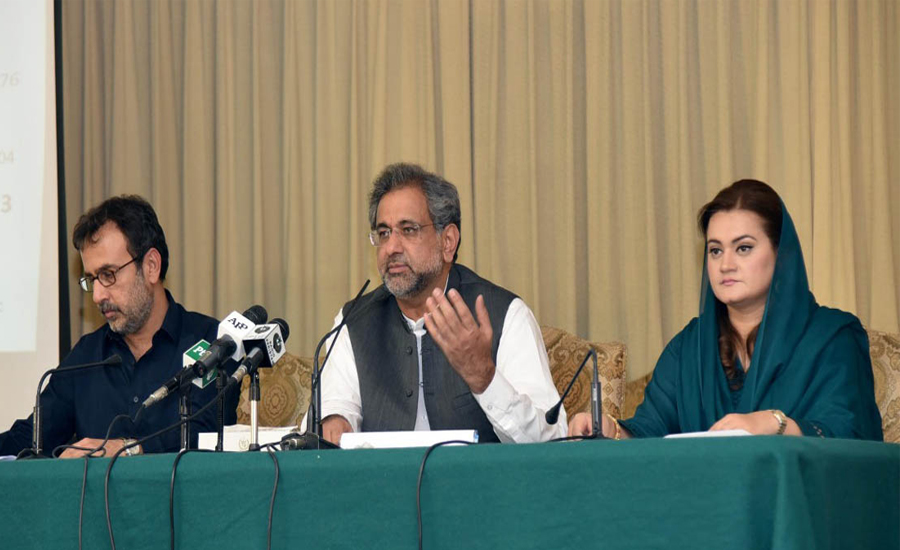 ISLAMABAD (92 News) – Prime Minister Shahid Khaqan Abbasi has said that Imran Khan believes that he will become the prime minister, but he (PM) does not expect so. Addressing a press conference on Tuesday, he said that he had done whatever was in his power. “We are answerable to each decision. If someone wants to give the credit of power projects, it should be given to Nawaz Sharif,” he said. The prime minister challenged all politicians to install as many power projects as were installed by Nawaz Sharif. He claimed that the power challenges had been overcome.