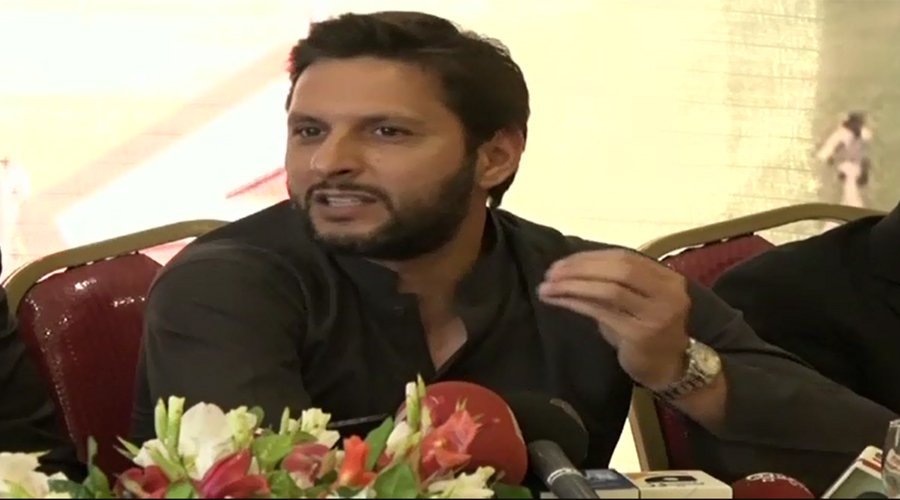 KARACHI (92 News) – Shahid Afridi criticized former cricketer Javed Miandad, saying Miandad always has a problem with money. “Such a great cricketer should not say things like this. This is the difference between Javed Miandad and Imran Khan,” he said. Afridi also announced playing first-class matches. He also announced to participate in Pakistan Super League. He said he will soon call on Najam Sethi. He said I am ready to take any sort of help for promoting cricket in Pakistan. I have to live my entire life with the people, not with PCB, and added, “I have no issue if I didn’t get a farewell.” I’ll start practicing to bat and bowl from tomorrow, he said. Responding to this, Javed Miandad said that a great cricketer is one who leaves the sport by time. Afridi has not said the right thing. Allah does not give respect with such an attitude. His demand is over now. "I can testify that Afridi fixed matches," Miandad said. He further said, “If I had a problem for money, I would have kept playing cricket. The whole world knows me and Imran Khan.”