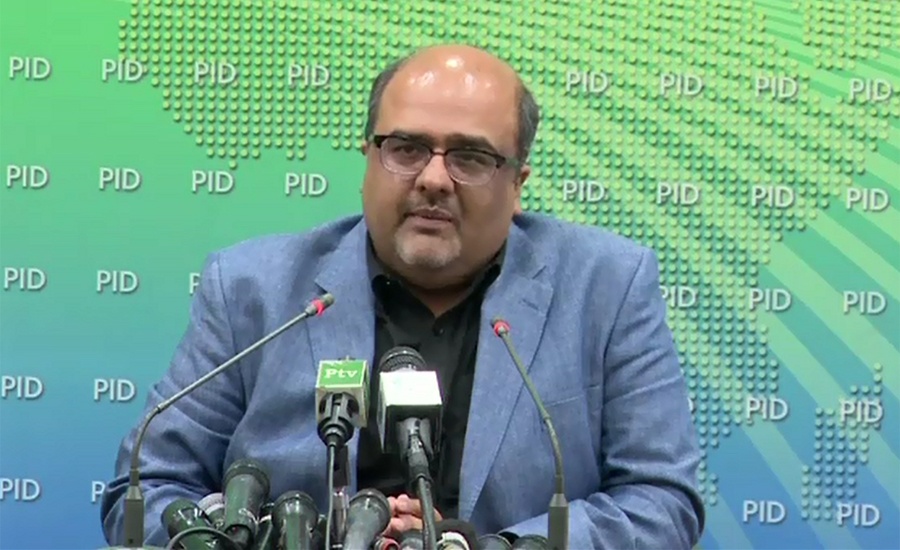 ISLAMABAD (92 News) – Special Assistant to Prime Minister on Accountability Shahzad Akbar has claimed to expose the money laundering transactions made by the Sharif family. Talking to the media on Friday, he said that the money was transferred through TTs. “Nawaz Sharif continued to gift the money to his daughter after receiving it,” he said. He said that the money was transferred to Maryam Safdar from Hill Metal in 2014. The special assistant said that the national exchequer was looted mercilessly. “Some things have been exposed and some has to be exposed yet,” he added. He said that businessmen strike the plea bargain, but politicians hardly do it. “The NAB is freezing all assets. It’s my responsibility to look into the money laundering cases.” Earlier on July 28, Special Assistant to Prime Minister on Accountability Shahzad Akbar said that former Punjab Chief minister Shehbaz Sharif just filed a complaint to the UK-based newspaper Daily Mail for publishing a story against him. Addressing a news conference in Islamabad, the special assistant said Shehbaz Sharif should have gone to British courts as claimed by him. He said the journalist who published the story in Daily Mail still stands by it. Shahzad Akbar said he will himself present the evidence against the former chief minister in London courts. He said that if PML-N president does not appear before the court then he will personally take the issue published in Daily Mail report to the court. Akbar alleged that in money laundering worth billions, the British land was used and the journalist who covered the story is standing firm by it. He also announced to become party in a case if Shehbaz Sharif serves legal notice to the Daily Mail and its journalist David Rose for accusing him of embezzling public funds in a news story published on July 14. To a question the special assistant said Prime Minister Imran Khan has taken serious notice of regarding Irfan Siddiqui who was presented in handcuffs in court. He said inquiry is being conducted against the violators. On July 26, Opposition leader in National Assembly Shehbaz Sharif has served a legal notice to the UK-based newspaper “Daily Mail” and its journalist David Rose about a alleged article published on July 14, 2019. Responding the allegations of UK newspaper, the opposition leader took a legal action and sends legal notice over defamation. The PML-N president sued ‘Daily Mail’ claiming Shehbaz Sharif allegedly laundered Britain’s aid worth millions of pounds reserved for the rehabilitation of earthquake victims during his tenure as Punjab chief minister.