Shaqiri in contention to make Stoke return against Hull 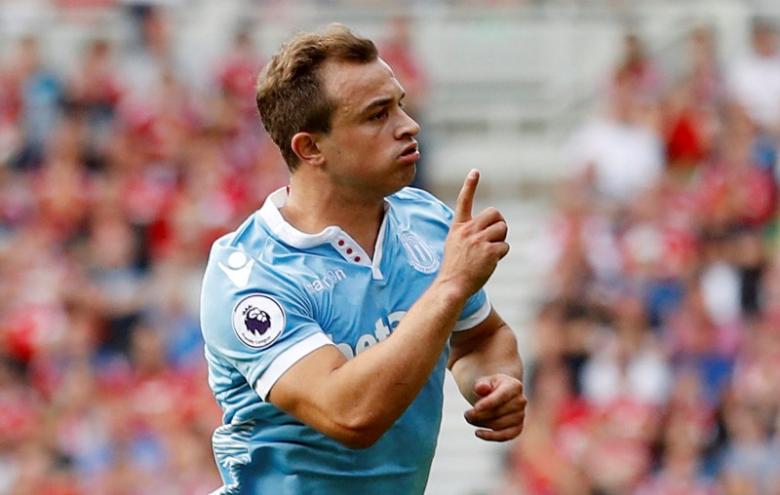 Shaqiri in contention to make Stoke return against Hull

LONDON - Stoke City midfielder Xherdan Shaqiri appears set to return from an extended injury layoff for Wednesday's League Cup tie against Hull City after resuming training, assistant manager Mark Bowen has said. The Swiss international has not featured for the side that sit bottom of the Premier League since he picked up a calf problem in the 1-1 draw against Middlesbrough, a match in which he scored, on the opening weekend of the season. "Xherdan did a little bit of training on Friday, his first day back, but he's trained with us for the last two days so the manager will have to make a decision," Bowen told reporters on Tuesday. "He's in the squad for the Hull game. It will be the manager's decision whether he starts him or whether he plays any part or whether we give him another few days. But he's definitely fit and in the squad." Bowen added that he expected manager Mark Hughes to field a strong lineup when they host fellow Premier League side Hull in the third-round encounter. "Wherever we've been, Mark has always tried to go as strong as possible in the League Cup and I would imagine it will be the same again this time around." -Reuters