Sharapova targeting return to the top 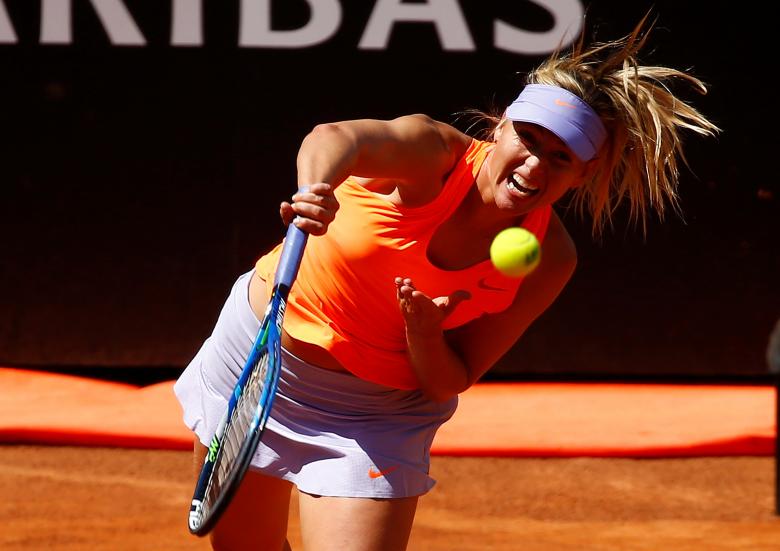 Sharapova targeting return to the top

ROME - Former world number one Maria Sharapova says she is not looking too far ahead after returning from a doping suspension but concedes she is eager to be competing for the biggest titles in tennis again.

The 30-year-old beat Christina McHale 6-4 6-2 in the first round of the Italian Open on Monday to guarantee herself a spot in the Wimbledon qualifying tournament.

She faces a battle to raise her ranking enough to qualify for the grasscourt grand slam by right and spare organisers the dilemma of whether to award her a wildcard into the main draw of the tournament she won in 2004.

The Russian is returning from a 15-month doping ban after testing positive for the heart drug meldonium at last year's Australian Open.

Since her return in April, Sharapova has received wildcard entries to the Stuttgart, Madrid and Italian Opens.

"I certainly have expectations of myself... when you have won big events and you have been No. 1 in the world, you know that feeling. So that feeling ultimately stays inside of you... and you know what you work for," Sharapova told reporters.

"I would love to experience those feelings again. Of course, that is my goal. But as I said, every week is important... I might have not played my best tennis, but I set up an opportunity to play another match and to hopefully improve in that match, and that's what I need."

Sharapova also said that she was unaware of this week's rankings deadline for the Wimbledon qualifying draw.

"Oh, is it? See, I think maybe you guys assume that I know these things, but I genuinely want to take care of each and every single week, and every single match is a priority for me," Sharapova said.

"When you've been out of the game and haven't played competitively in 15 months... The fact that I'm back and playing three weeks in a row now and three events in a row for me is a big deal. That's my focus."

The five-time grand slam winner will find out if she receives a wildcard entry into this month's French Open later on Tuesday. -Reuters