Sharapova's Wimbledon fate to be decided on June 20 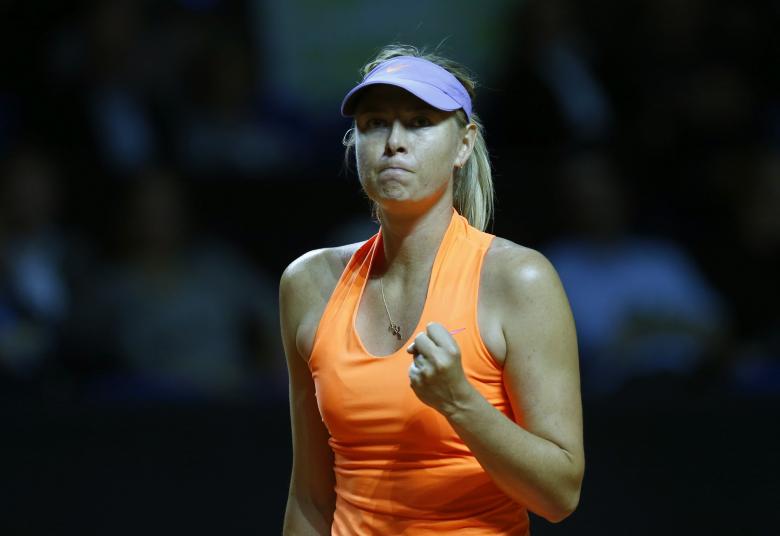 Sharapova's Wimbledon fate to be decided on June 20

LONDON – Former champion Maria Sharapova's hopes of playing at this year's Wimbledon championships could hinge on a June 20 meeting of tournament organisers unless the Russian hits form in forthcoming events in Rome and Madrid.

Sharapova, who returned to action last week after a 15-month ban for an anti-doping violation, could still climb high enough in the WTA rankings to take her place in the Wimbledon qualifying tournament at Roehampton.

Failing that the 2004 champion would need a wildcard, either into the main draw or the qualifying event the week before.

"We have a long-standing tried and tested process (for awarding wildcards) in the week before qualifying and this year is no different," All England Club chairman Philip Brook said at a news conference on Wednesday.

"First we will see if Maria applies for a wildcard and if so we will consider her case alongside everyone else's.

"It will be a decision for the group on the day."

After reaching the semi-finals in Stuttgart last week, Sharapova's first tournament since her ban for taking the prohibited substance Meldonium at the 2016 Australian Open, her world ranking rose to 262 in the world rankings.

The cut-off date to enter Wimbledon's main draw is May 22, the day after the conclusion of the Rome tournament in which Sharapova has been handed a wildcard.

Even the Rome title would not put her high enough in the rankings to make the Wimbledon main draw, although a string of wins there and in Madrid the following week, where she also has a wildcard, could squeeze her into qualifying and potentially spare the All England Club a tough decision.

Entry to the qualifying tournament closes on June 5.

Brook said many factors would be considered before a decision was made.

"We look at who has done well in the lead up tournaments. We will also consider what might add interest to the tournament," he said. "If someone has a strong record at Wimbledon that would be taken into consideration."

Sharapova will learn on May 16 whether or not she will be awarded a wildcard for the French Open where she has twice been crowned champion. –Reuters