Sharif family is creating an impression that rest are also thieves: Imran Khan 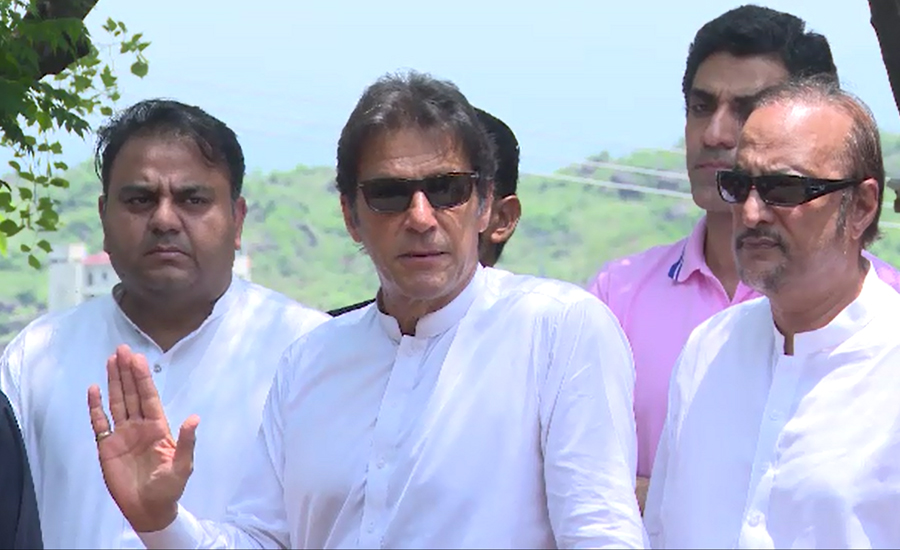 Sharif family is creating an impression that rest are also thieves: Imran Khan

ISLAMABAD (92 News) – Pakistan Tehreek-e-Insaf (PTI) chairman Imran Khan has on Sunday said that all documents including his money trail have been submitted in the Supreme Court. Addressing a press conference in Islamabad on Sunday, he said that he earned money abroad and brought it in the country while the Sharif family laundered money, evade taxes and lied in the court. The PTI chairman said that he is presenting himself before the nation. Khan said that his flat was of only worth six million but Sharif family’s property is worth billions of rupees. “I also have a contract of playing cricket with Sussex County Cricket Club, adding that it could be estimated how much he would have been paid when Mushtaq Ahmad was paid 70,000 pounds,” he added. The PTI chairman said that Shaukat Khanum is a charity organization and people give highest zakat by trusting them, adding that the people targeting a charity organization should be ashamed of themselves. Khan said that Federal Minister for Water and Power Khawaja Asif will also be caught as he is also involved in Rs 480 billion fraud. He said that the Sharif family is creating an impression that the rest are also thieves.