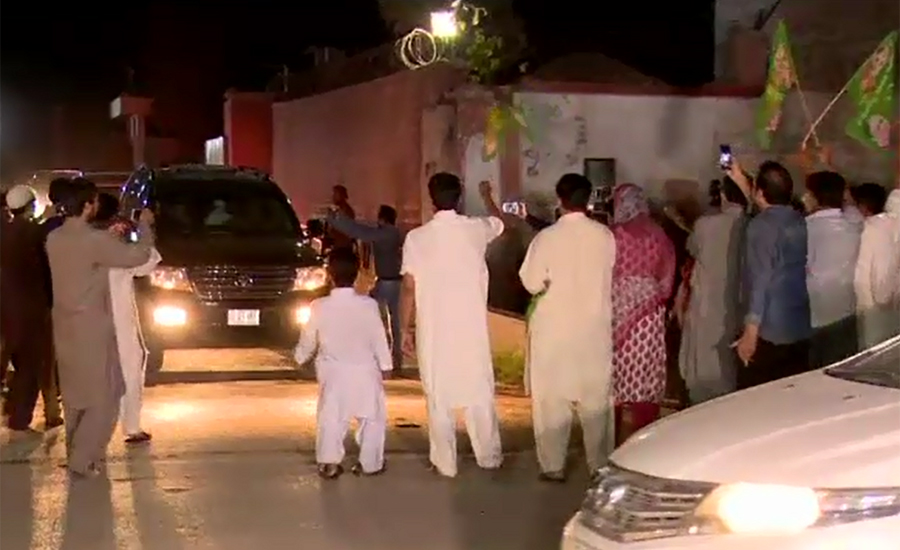 RAWALPINDI (92 News) – Six members of the Sharif family met imprisoned Nawaz Sharif, Maryam Nawaz and Capt (retd) Safdar in Adiala Jail on Saturday. The meeting was held in the room of the superintendent jail. Those met the duo included Nawaz Sharif’s mother, Shehbaz Sharif, Hamza Shehbaz, Salman Shehbaz, granddaughter Mehrun Nisa and her husband Raheel Munir. The meeting continued for one hour and 10 minutes. Sources said that during the meeting, Nawaz Sharif called for his open trial and said that he is ready to appear in court daily. They added that Nawaz Sharif had also asked Shehbaz Sharif to expedite efforts for the release of Maryam Nawaz at the earliest. The PML-N workers stopped Shehbaz Sharif when he with other family members came out after meeting Nawaz Sharif, Maryam Nawaz and Capt (retd) Safdar. However, he departed after sometime. Shehbaz Sharif and other family members had reached Adiala Jail from Lahore by plane.