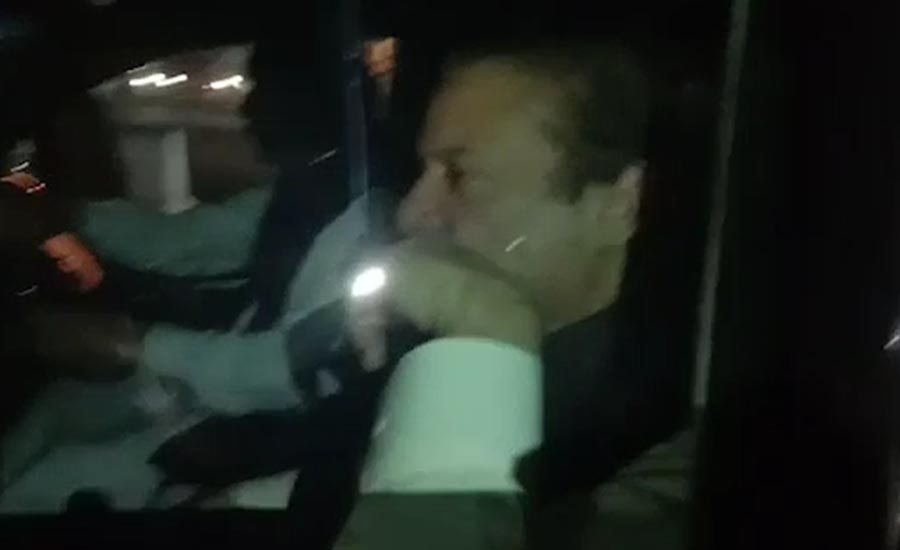 LAHORE (92 News) – Sharif family on Sunday met Opposition Leader in the National Assembly and and Pakistan Muslim League-N (PML-N) president Shahbaz Sharif at the office of the National Accountability Bureau (NAB) on Saturday. Former prime minister Nawaz Sharif accompanied by his daughter, Maryam Nawaz, and Shahbaz Sharif’s wife, Nusrat Shahbaz and son Hamza Shahbaz were visited the NAB office for meeting. According to the sources, other than family matters, party and overall political issues were discussed during the meeting. It was also reported that they discussed NAB cases and ongoing political situation in the country. The PML-N workers also reached before the NAB office on arrival of Nawaz Sharif.  Currently, Nawaz Sharif left the office after meeting Shehbaz Sharif. After meeting with Nawaz, the meeting between Hamza and Shehbaz was continued. The NAB has granted permission to the Sharif family to meet the opposition leader in NA earlier during the week. Earlier in November, after a series of medical examinations ordered by the court, it surfaced that Shehbaz was suffering from a kidney infection, a lymph node in his chest with chances of recurrence of cancer. On October 5, the NAB had arrested Shehbaz Sharif in the Ashiana-e-Iqbal Housing Scheme scam. The former chief minister was charged with awarding illegal contracts to his favorite firm.