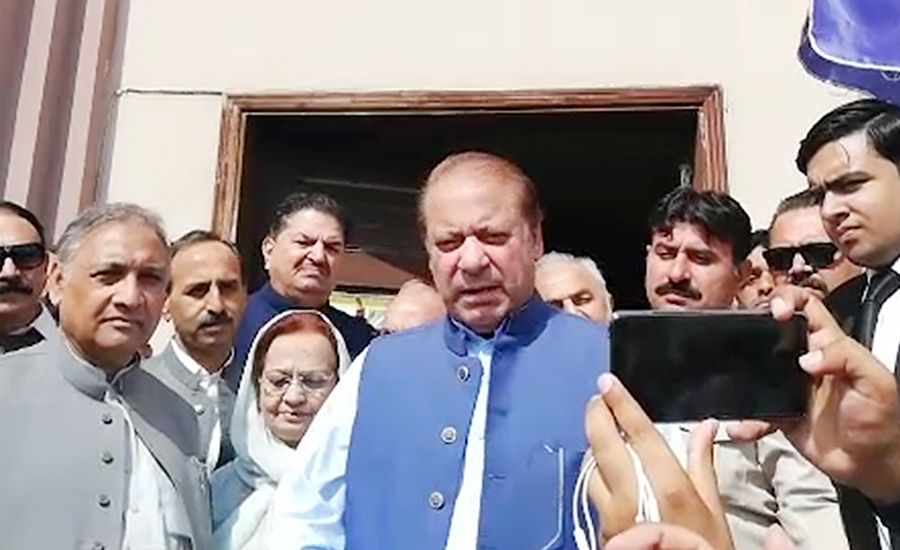 ISLAMABAD (92 News) – An accountability court on Tuesday decided to write a letter to the Supreme Court to seek another deadline extension to conclude the remaining two corruption references against the Sharif family. Accountability Court Judge Arshad Malik heard the Al-Azizia and Flagship Investment references today. Former premier Nawaz Sharif appeared before court for the hearing. During the hearing, a dialogue took place between Judge Malik and Nawaz’s counsel Khawaja Haris over the matter of the former prime minister his statement under Section 342 of the Criminal Procedure Code. The judge remarked that lets record Nawaz Sharif’s statement today. To reply, Haris pleaded to the court, “We should start recording Nawaz’s statement from tomorrow.” “The questions are complex but do not have reservations to that. For the statement, we have to review the entire record and should be given time till tomorrow,” Khawaja Haris explained. Accepting Haris’s request, the judge said, “Record as much of Nawaz’s statement as you can tomorrow.” “We have to write a letter to the Supreme Court regarding an extension in the deadline of the trial,” Judge Malik further said. “We will send Nawaz’s record along with the letter,” he added. “We will apprise the top court regarding the progress on the case along with the letter,” the accountability court judge said. After proceedings, the hearing of case was adjourned till tomorrow. It is pertinent to mention here that the NAB court was given time till November 17 to wind up the probe that stemmed out of the Panama Papers case judgment by the supreme court.