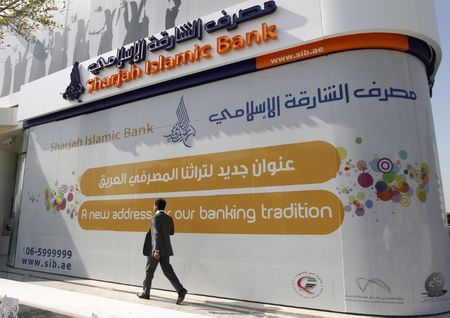 DUBAI (Reuters) - Sharjah Islamic Bank SIB.AD has mandated HSBC and Standard Chartered to coordinate the potential sale of dollar-denominated sukuk, sources familiar with the matter said. The Islamic bonds will be of benchmark size, which normally means upwards of $500 million (£355.6 million), and are expected to have a five-year tenor. The notes will be issued over the next few weeks, and the sale could be announced as soon as this week, depending on market conditions. The bank did not immediately respond to a request for comment. HSBC and Standard Chartered are global coordinators for the planned deal, but other banks will join as arrangers, said one of the sources. Sharjah Islamic Bank has $500 million in outstanding sukuk, issued in 2013, that matures this month. It has sold two additional international sukuk of $500 million each in 2015 and 2016, both with five-year maturities.